On the 25th we had breakfast at the horrible hour of 7am, so we could take a taxi to “Lion Rock”. This is a huge rock, sticking up out of the jungle almost 200m vertically.

Here we are, about 200m horizontally from the car park. I was exhausted in the muggy heat. 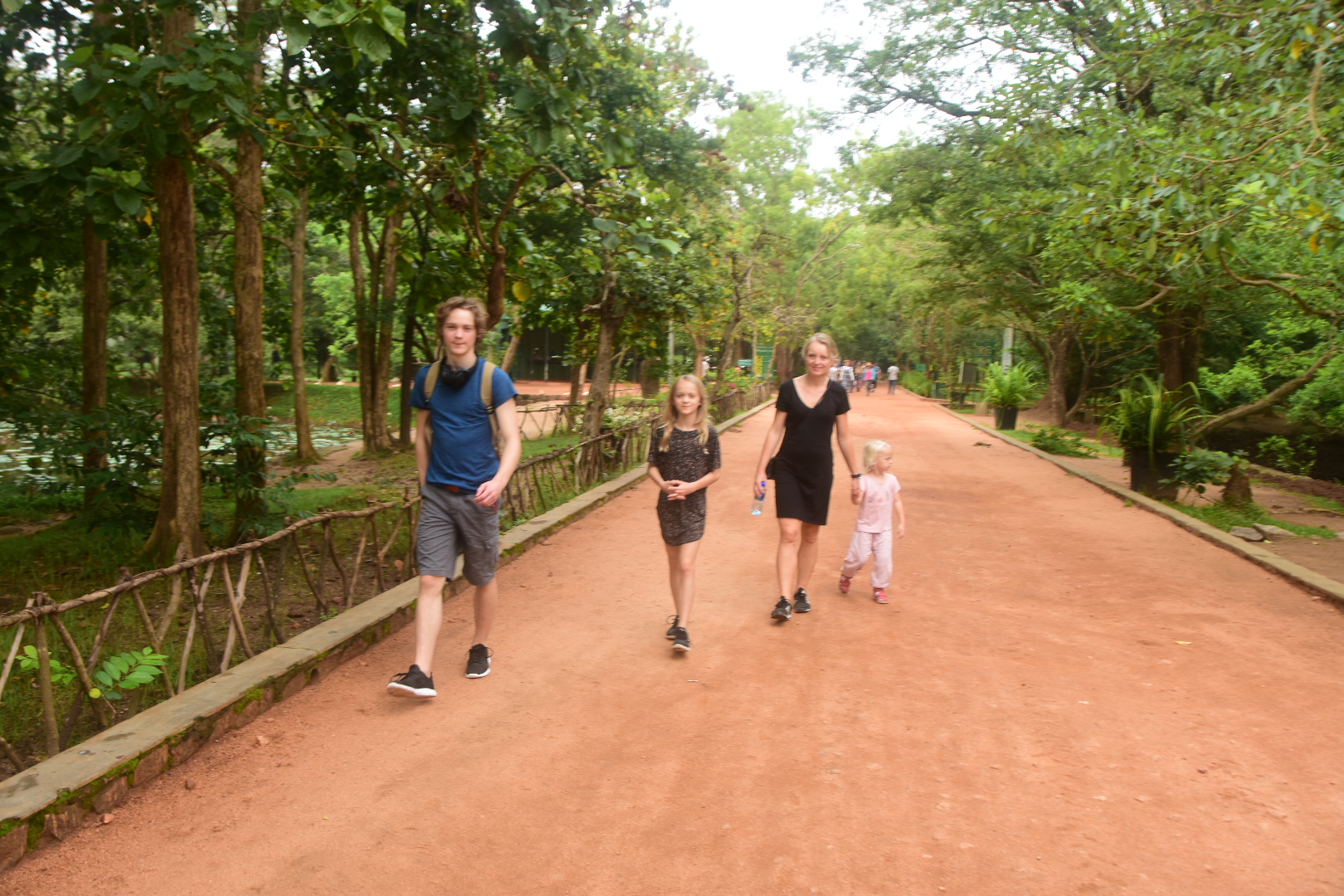 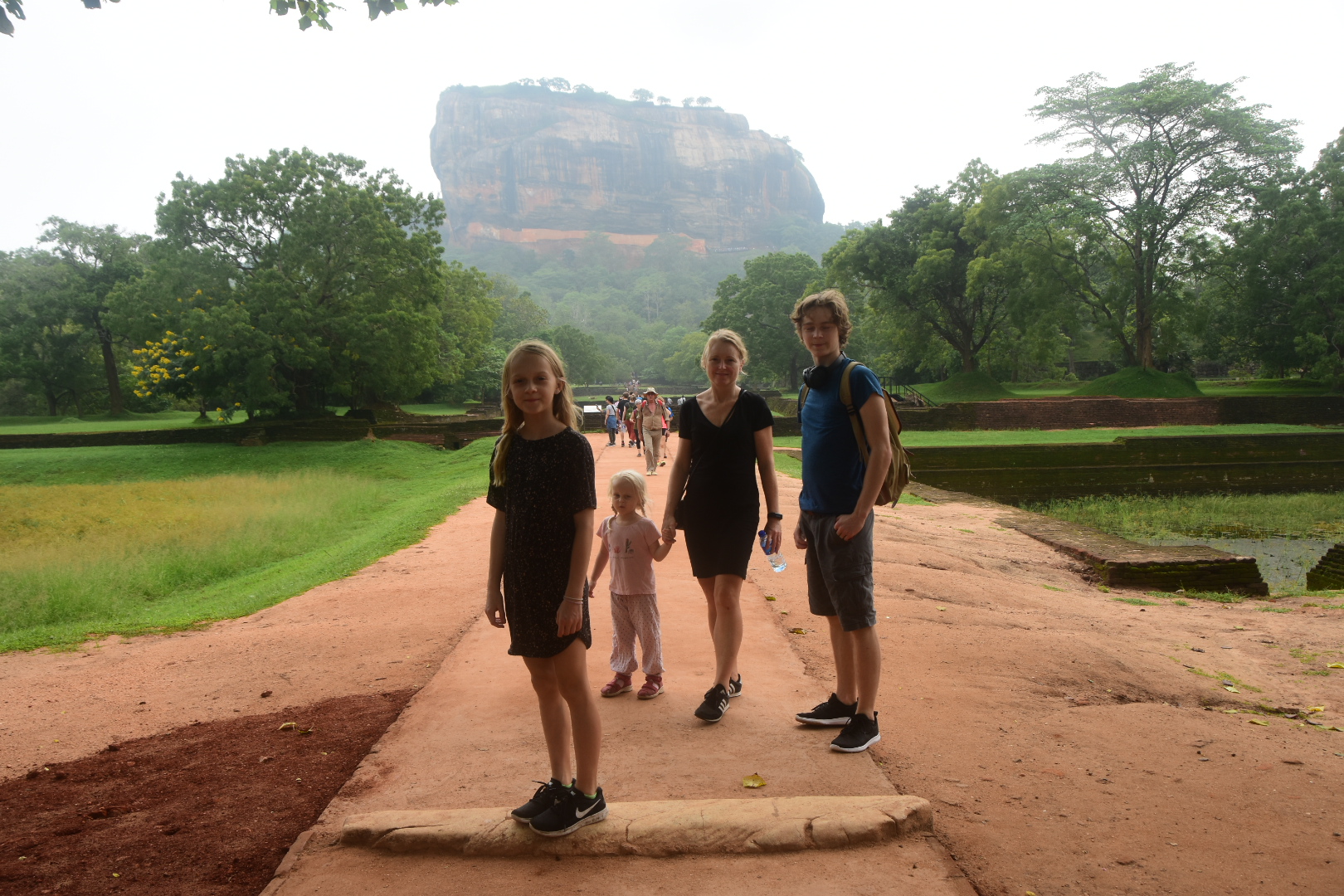 And starting up the first steps 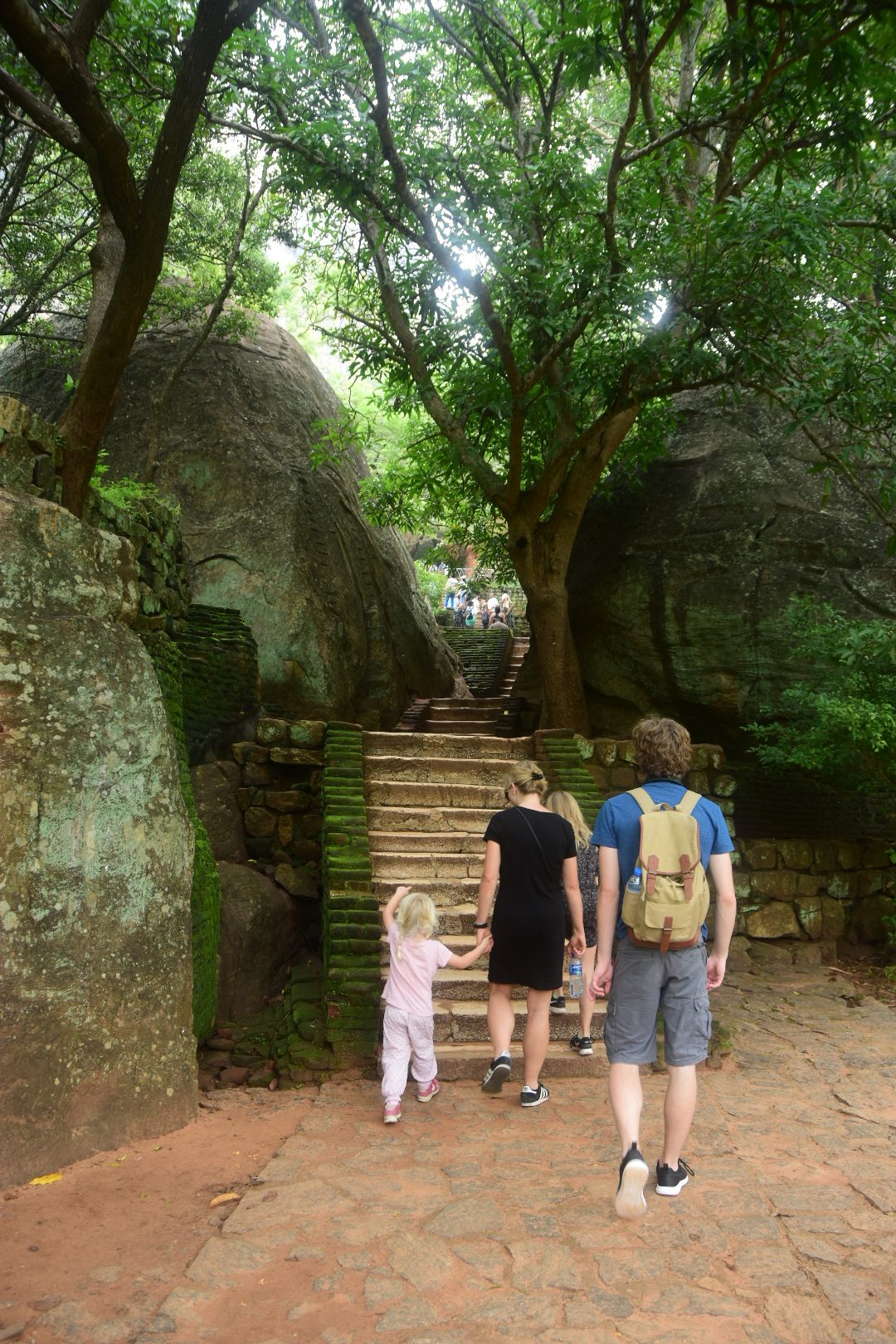 There were lots of ancient ruins around the bottom. Actually not that impressive unless you’re really into that sort of thing. Lovely green landscape though. 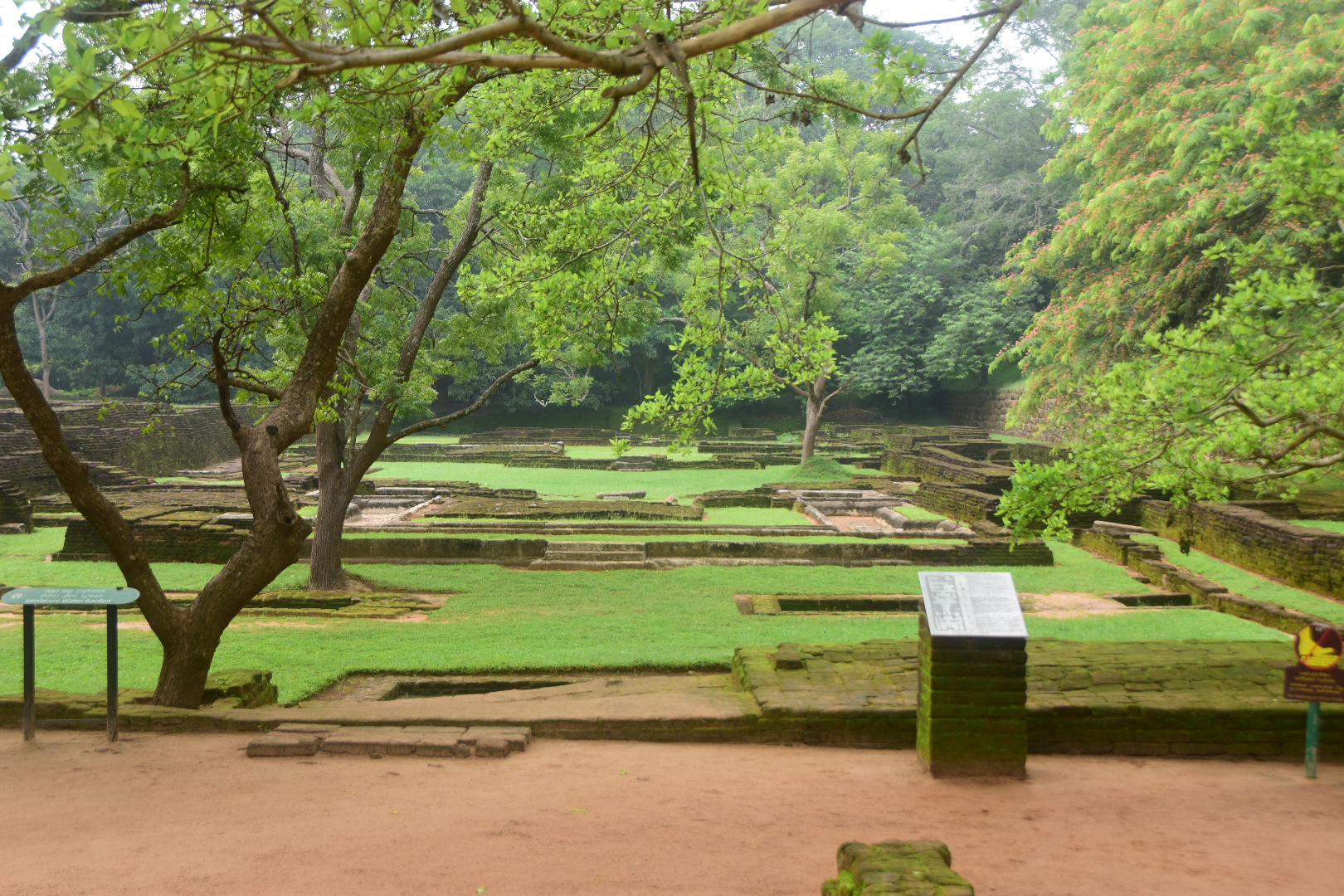 So up we went 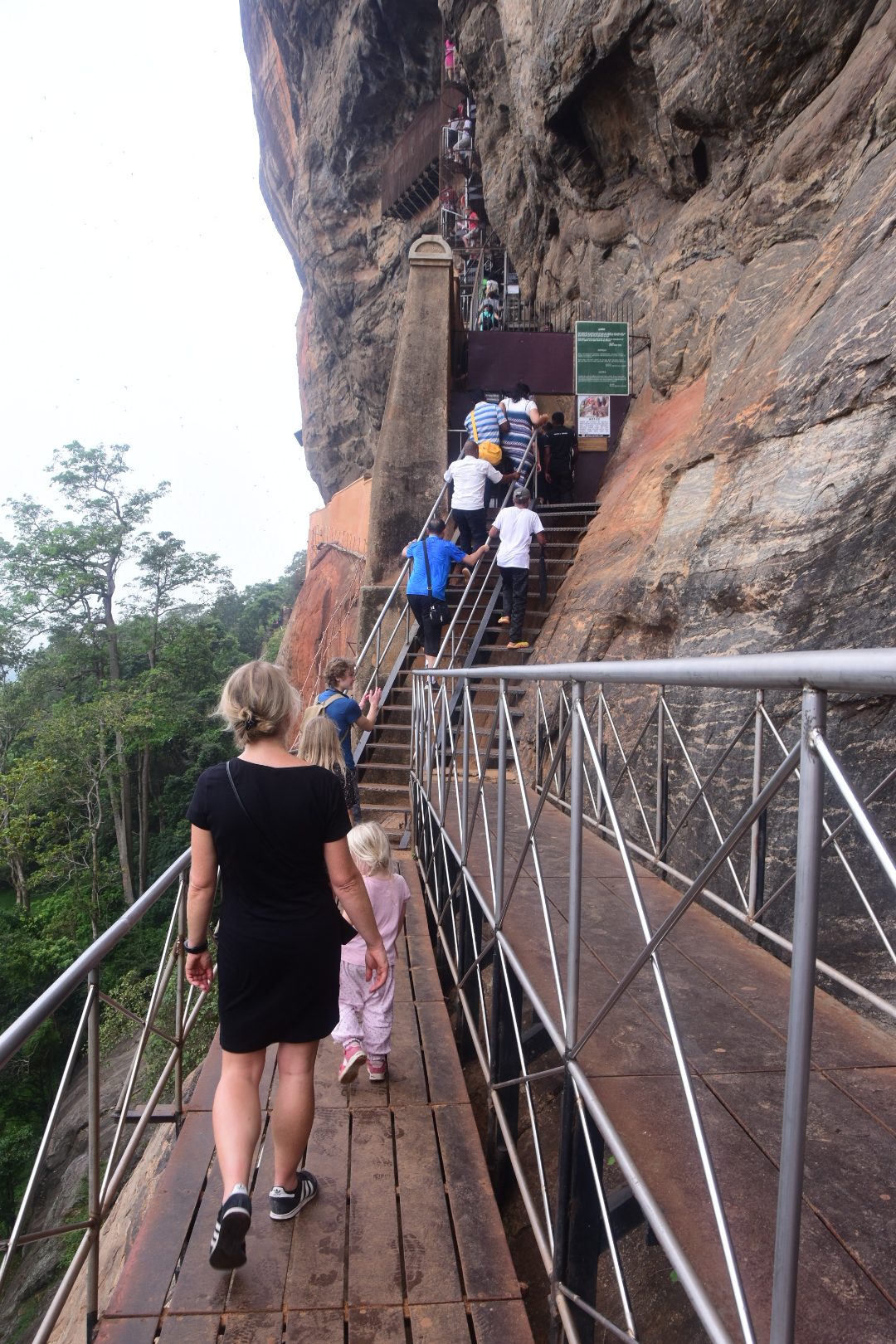 There were some paintings on the walls at one point, which you were not allowed to photograph, according to the signs. There were no signs saying you weren’t allowed to take scrapings home as souvenirs though. 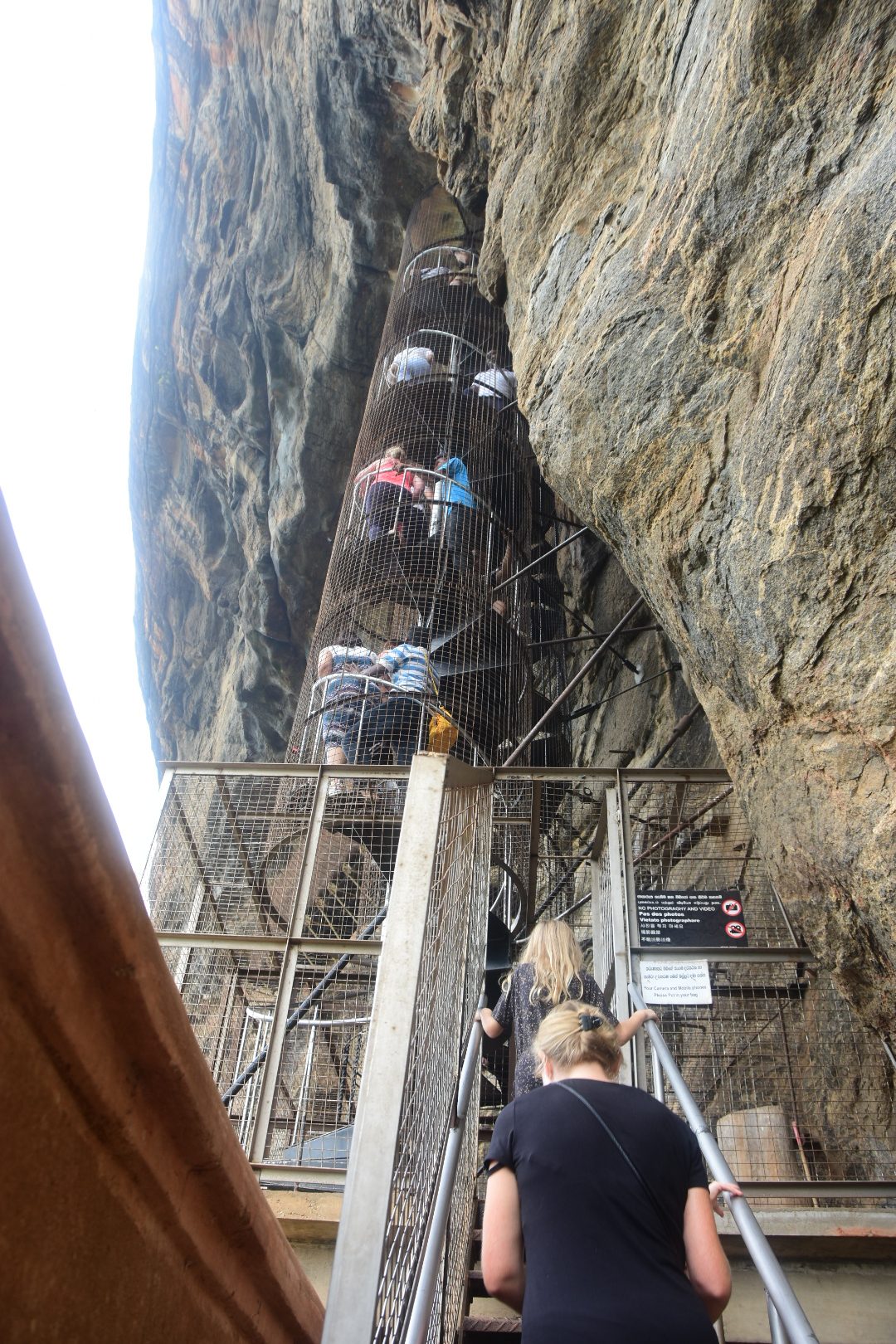 Beautiful scenery on the way up 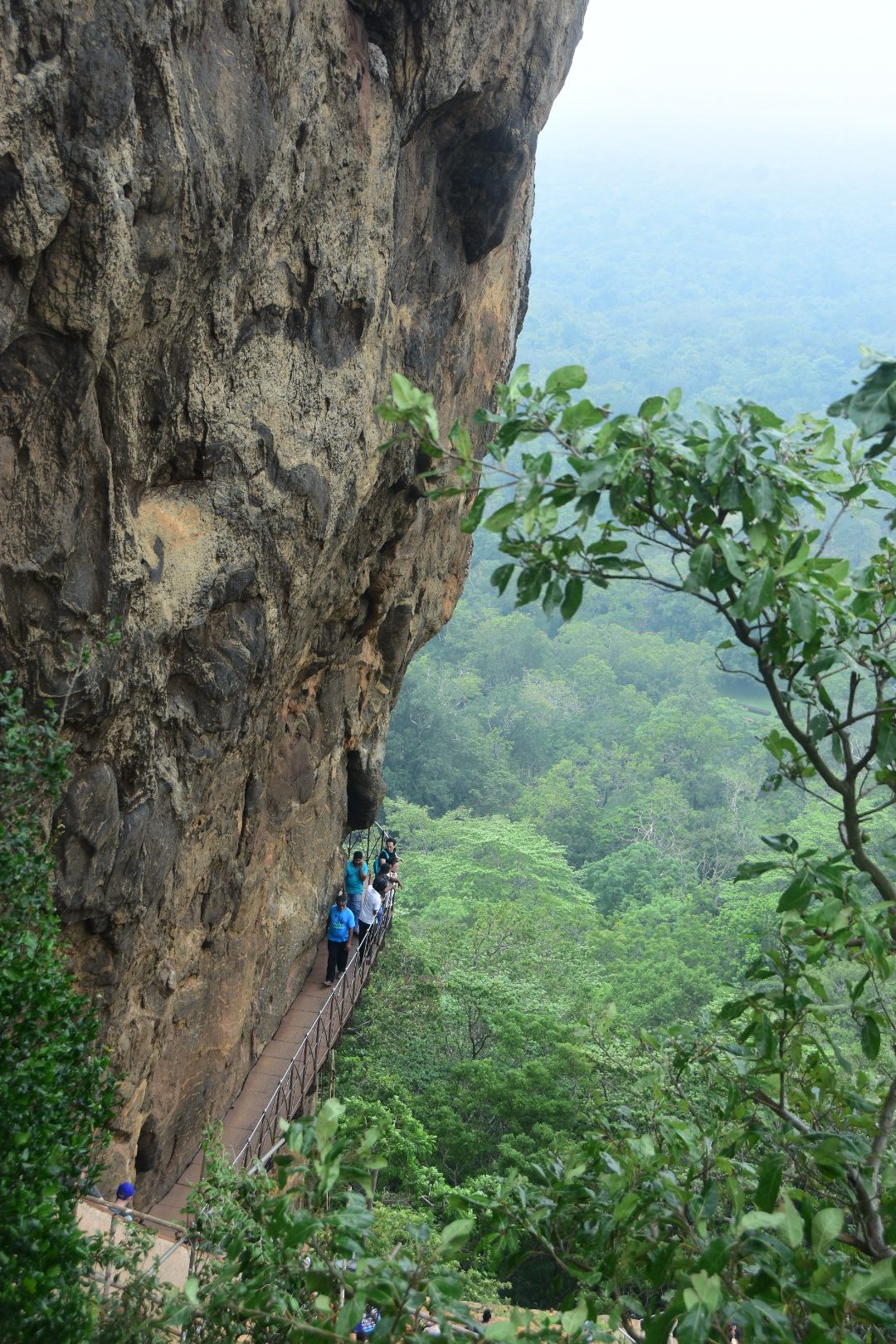 Just before the last set of steps, there was a largish flat area. 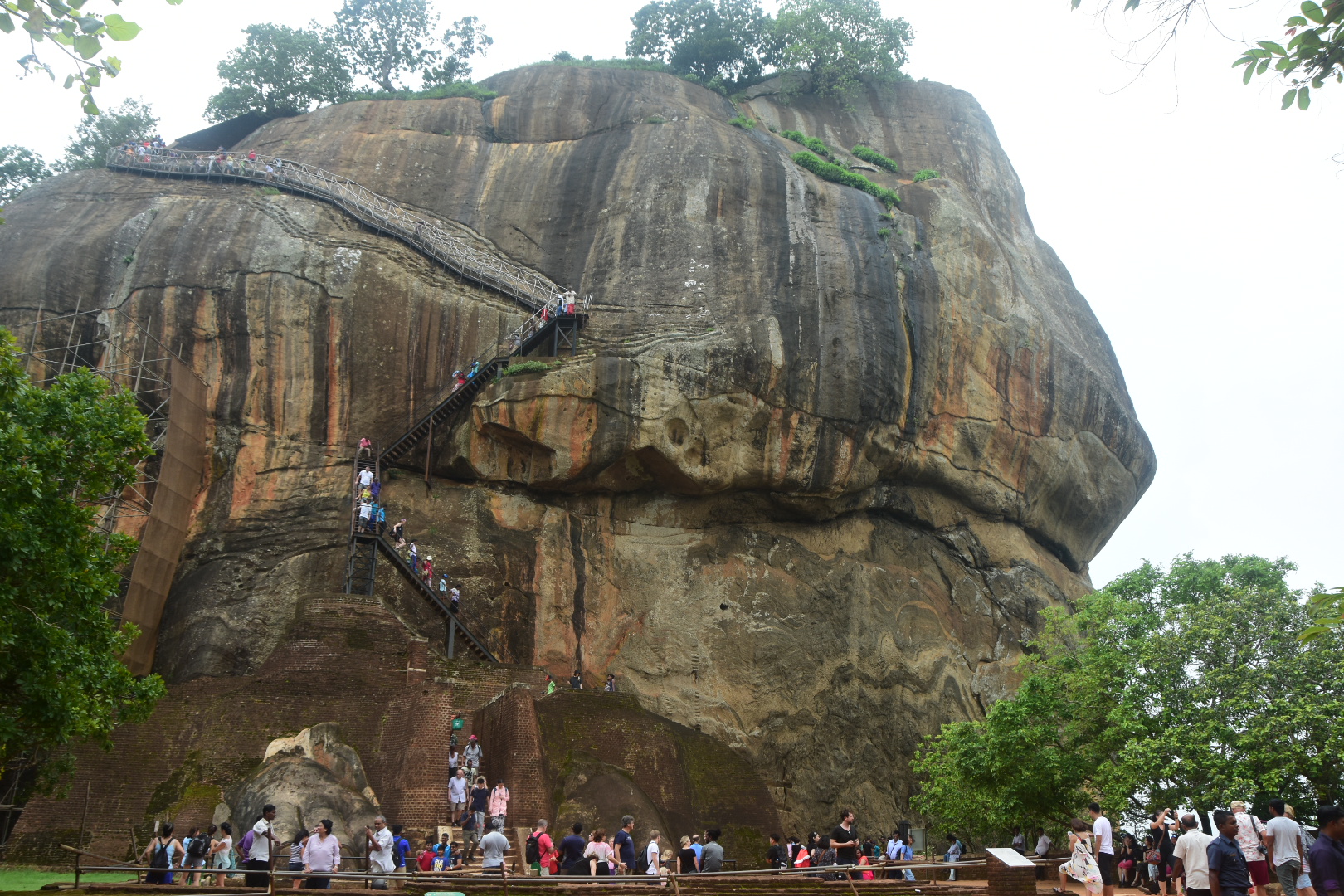 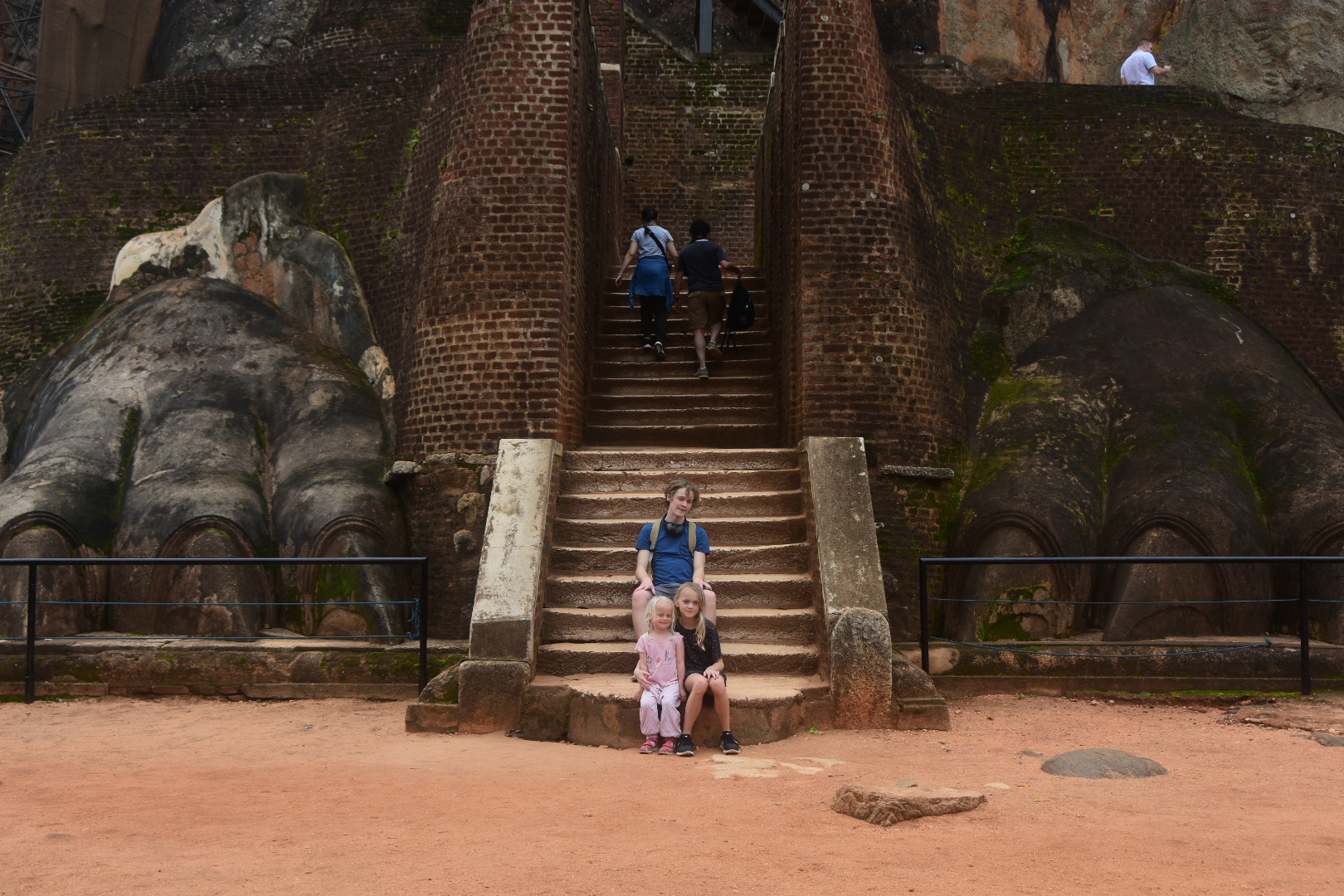 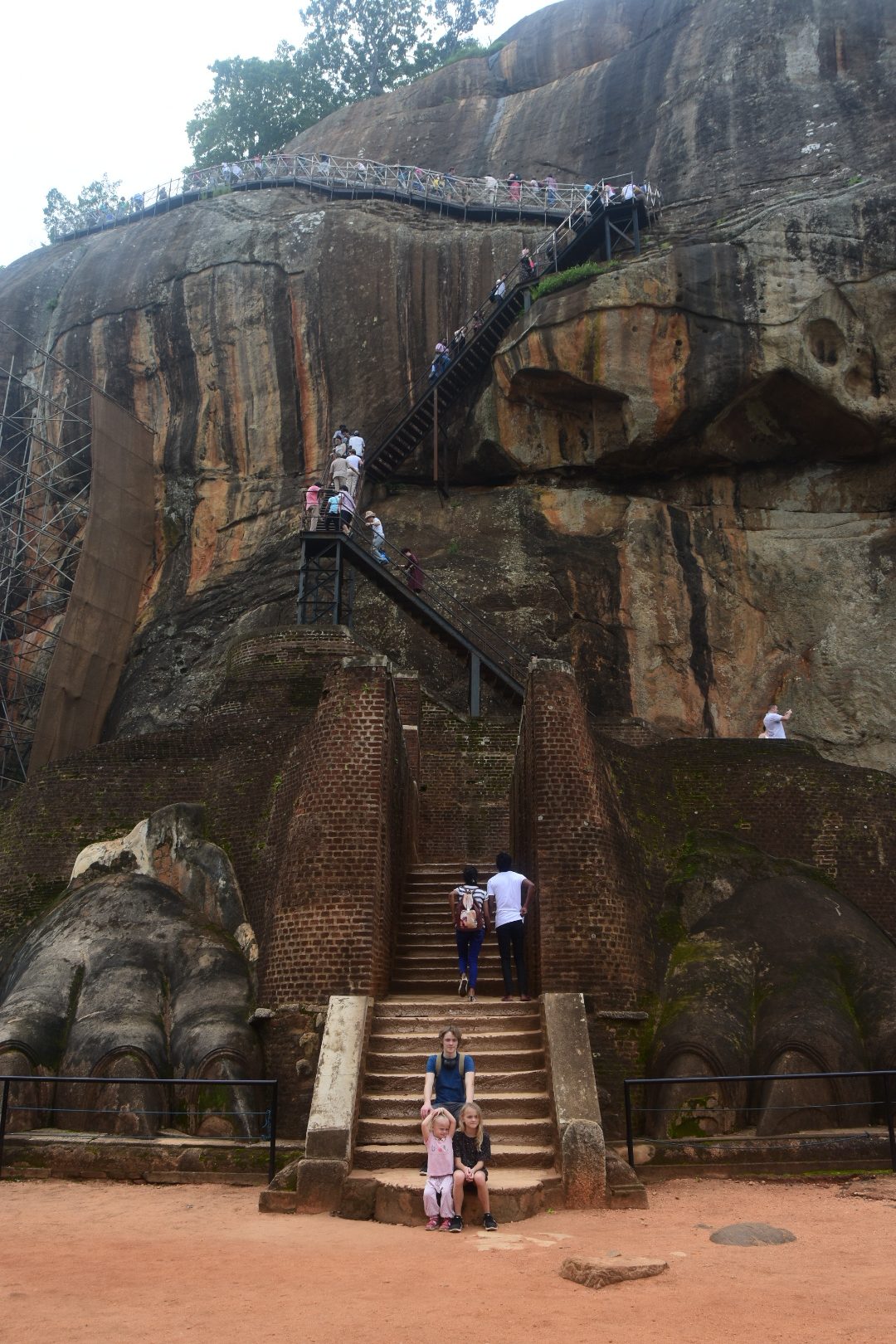 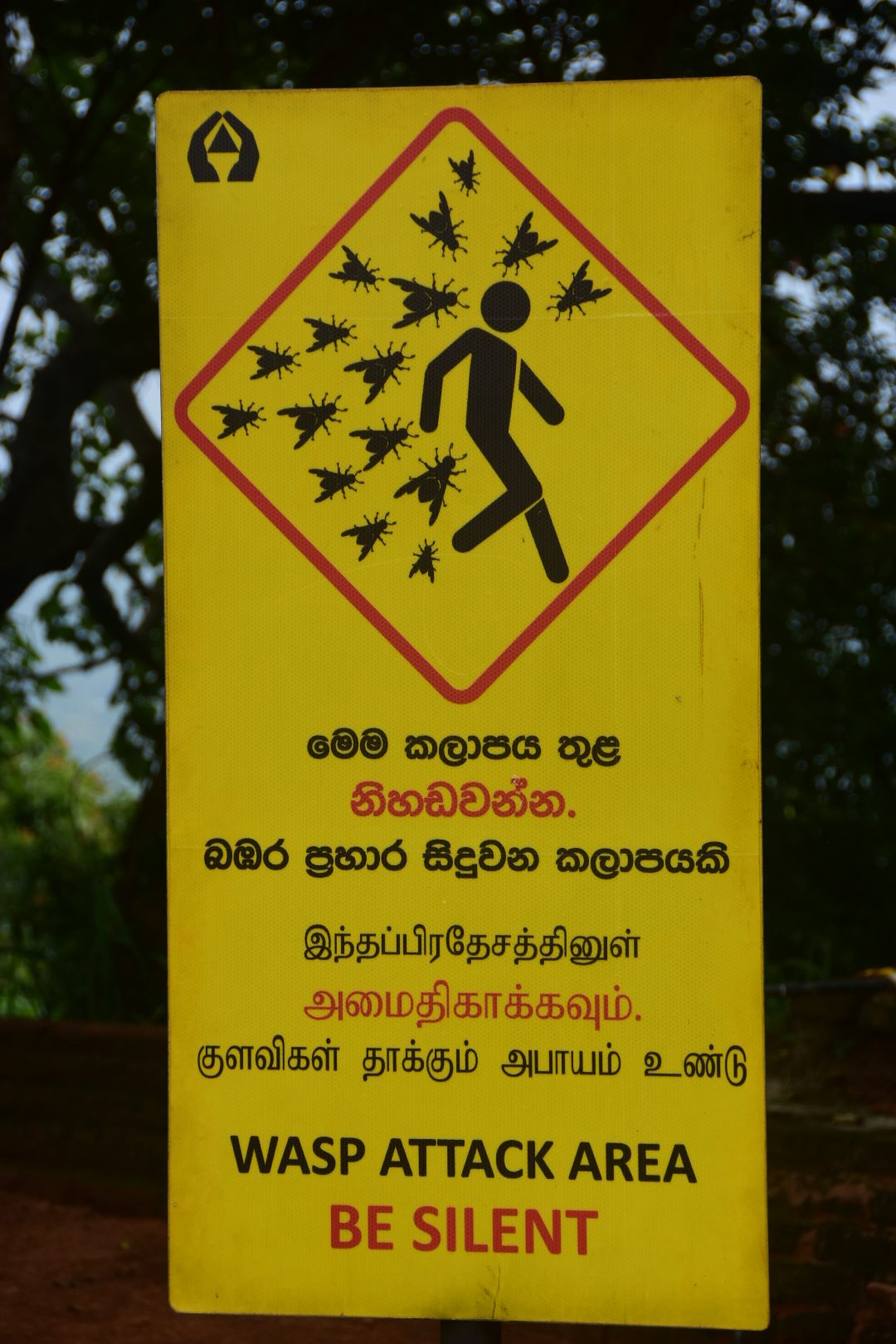 Look at that chicken clinging tightly to the handrail 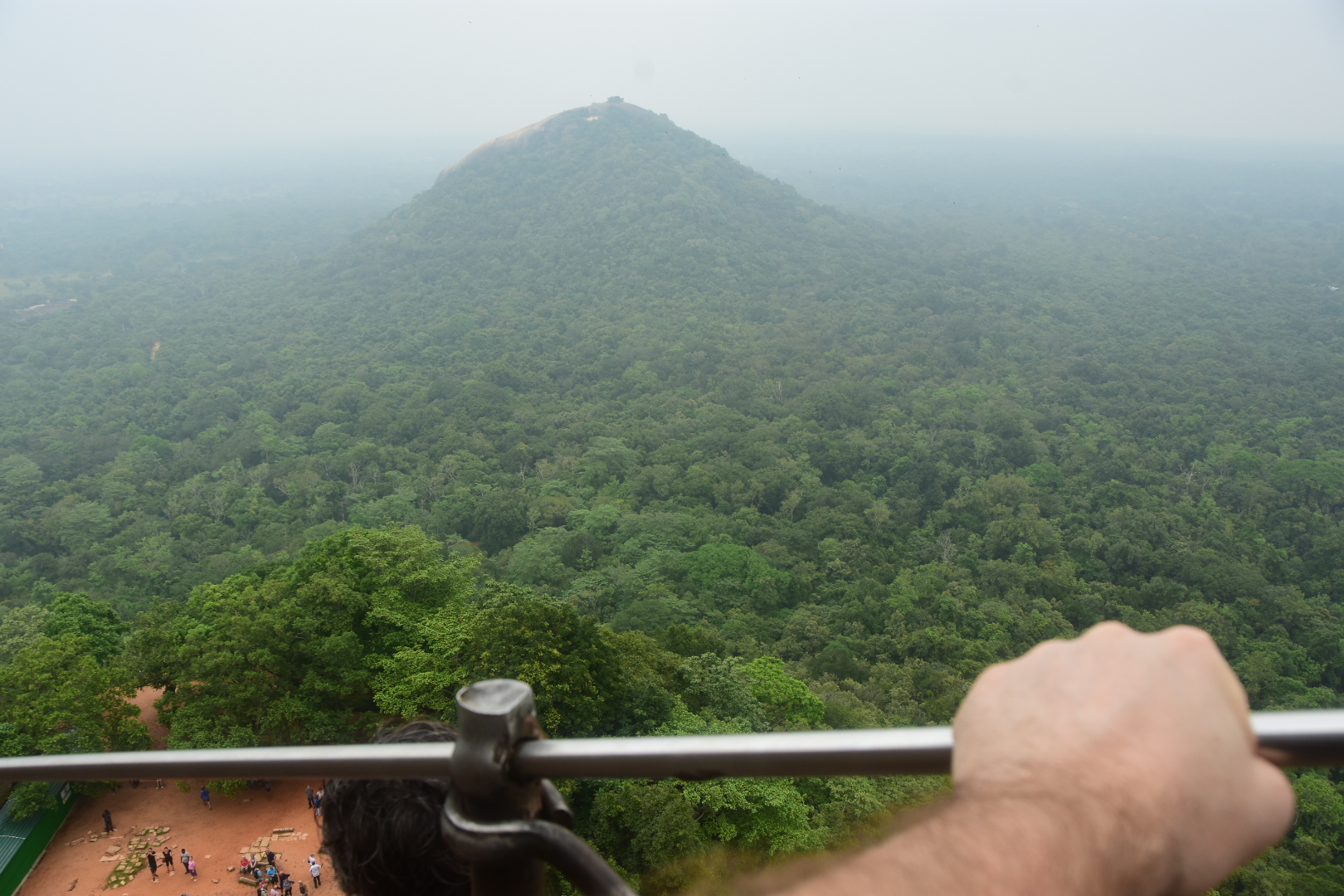 Finally at the top. Ofelia was a hit. 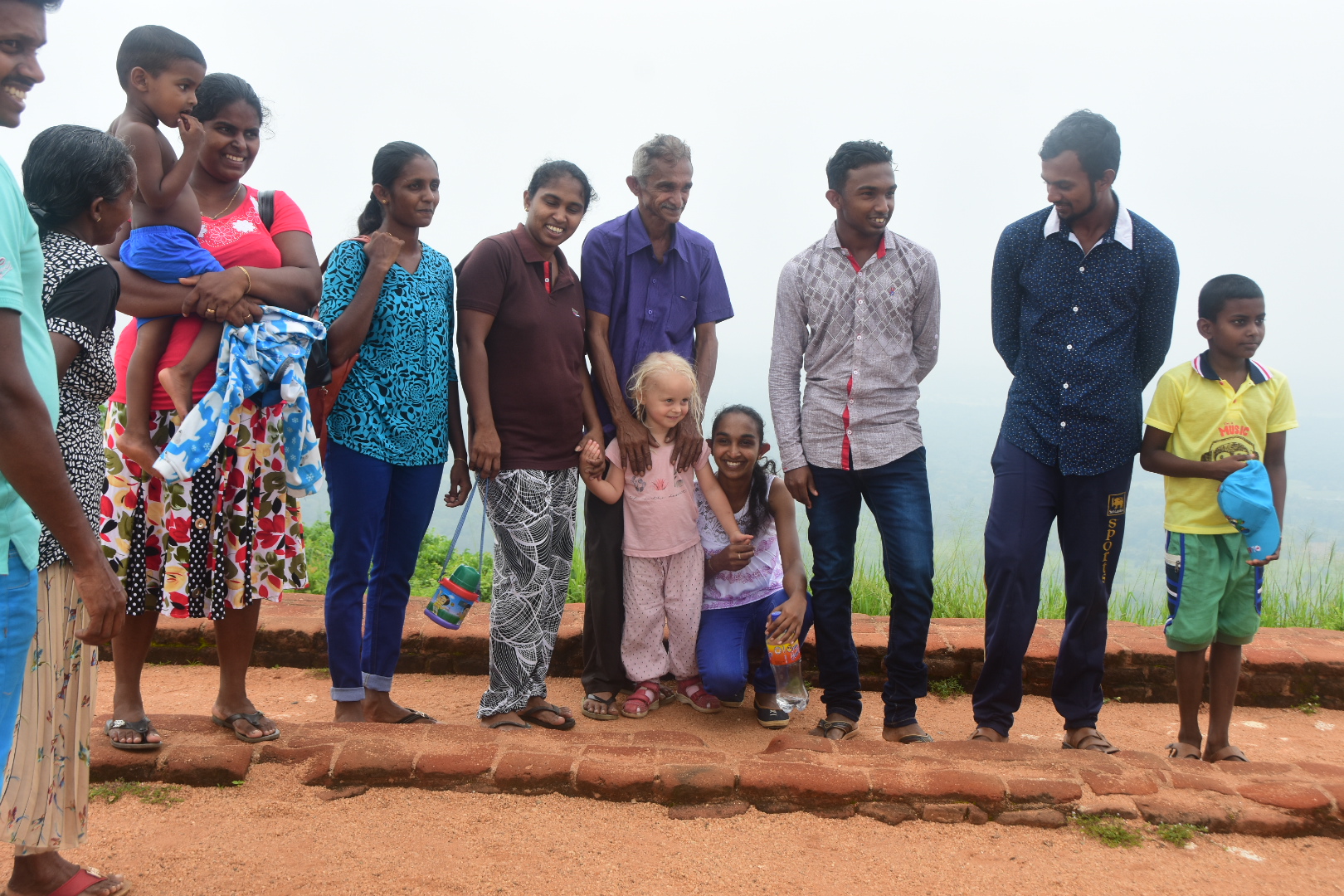 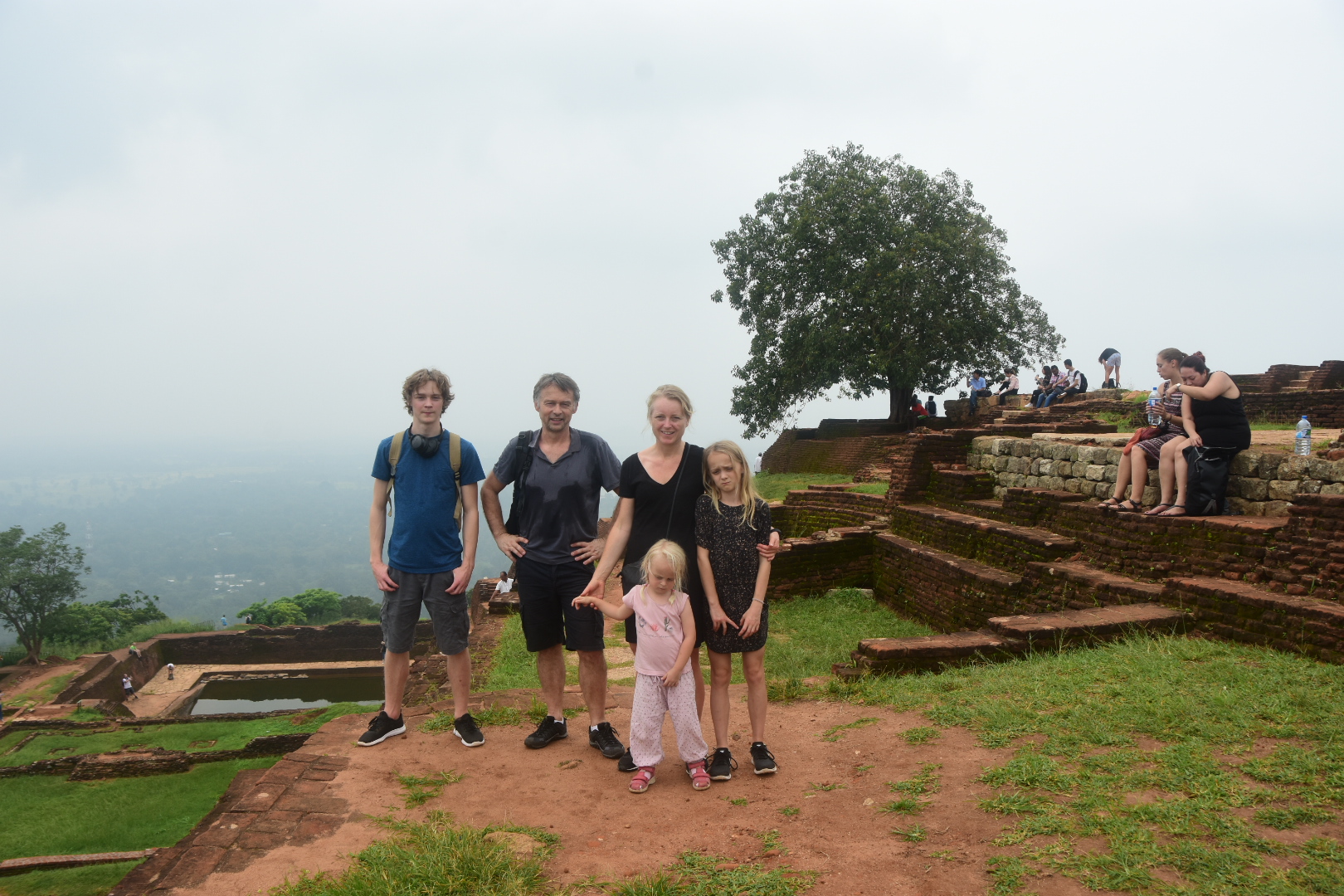 I took the rest of the photos for free. 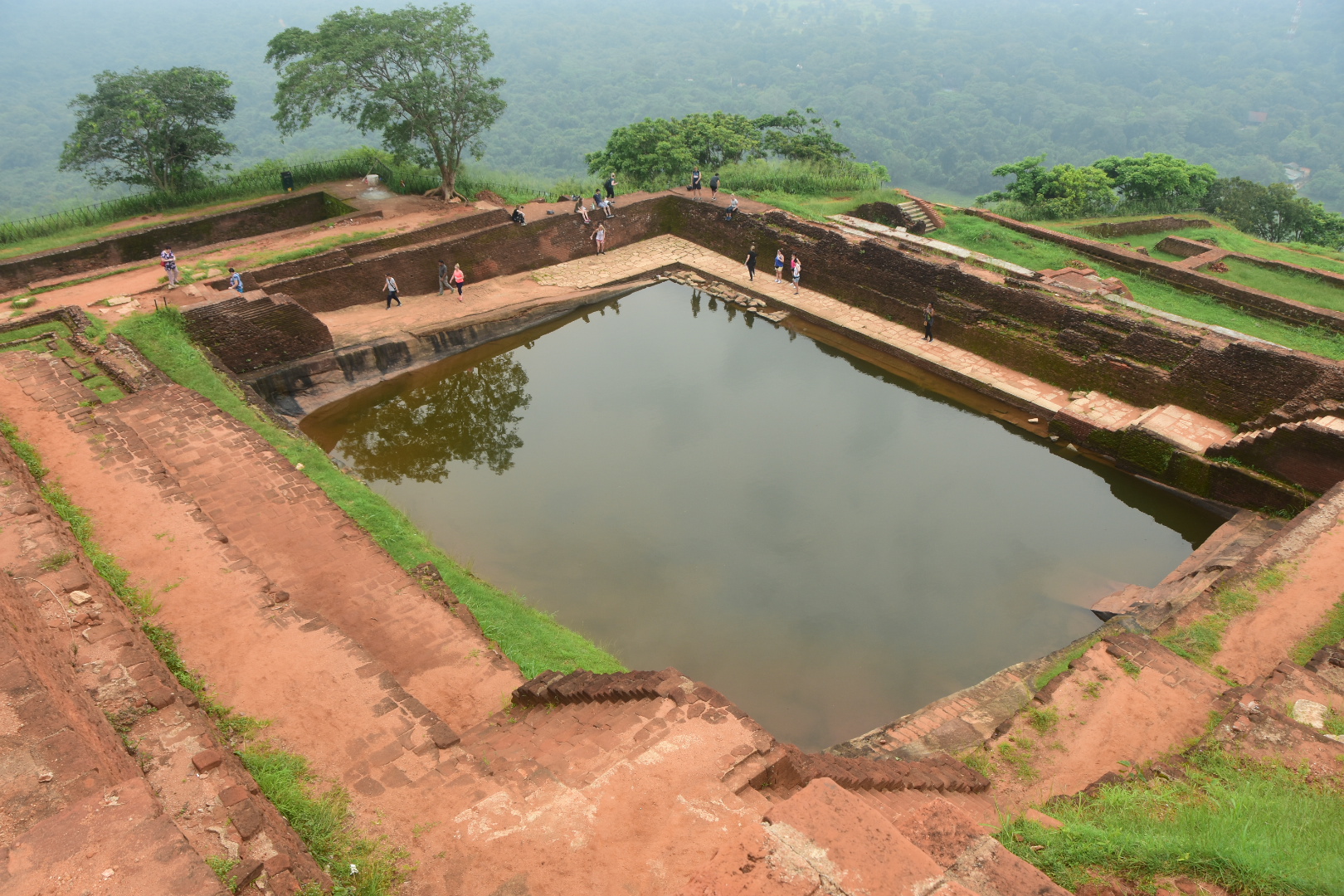 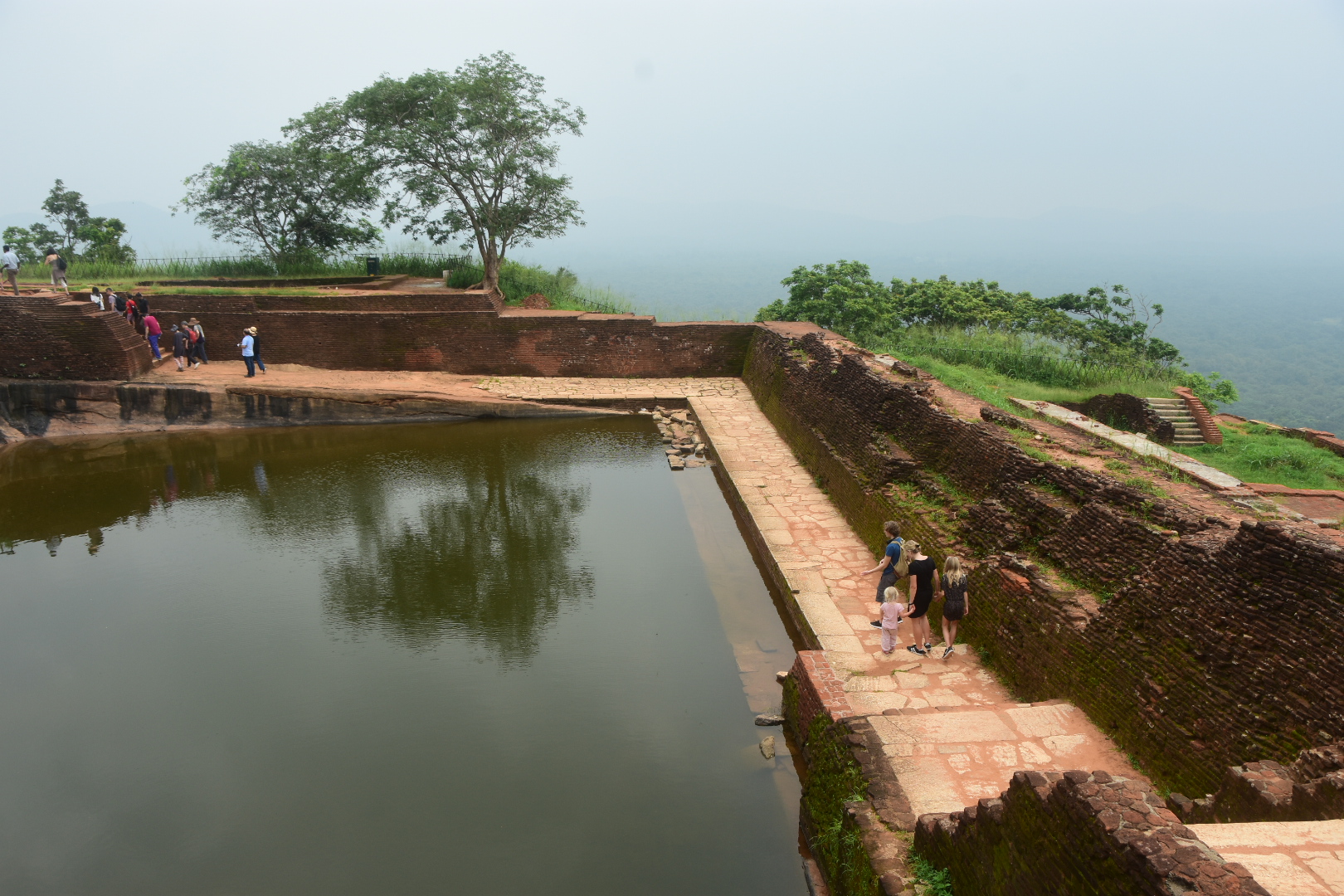 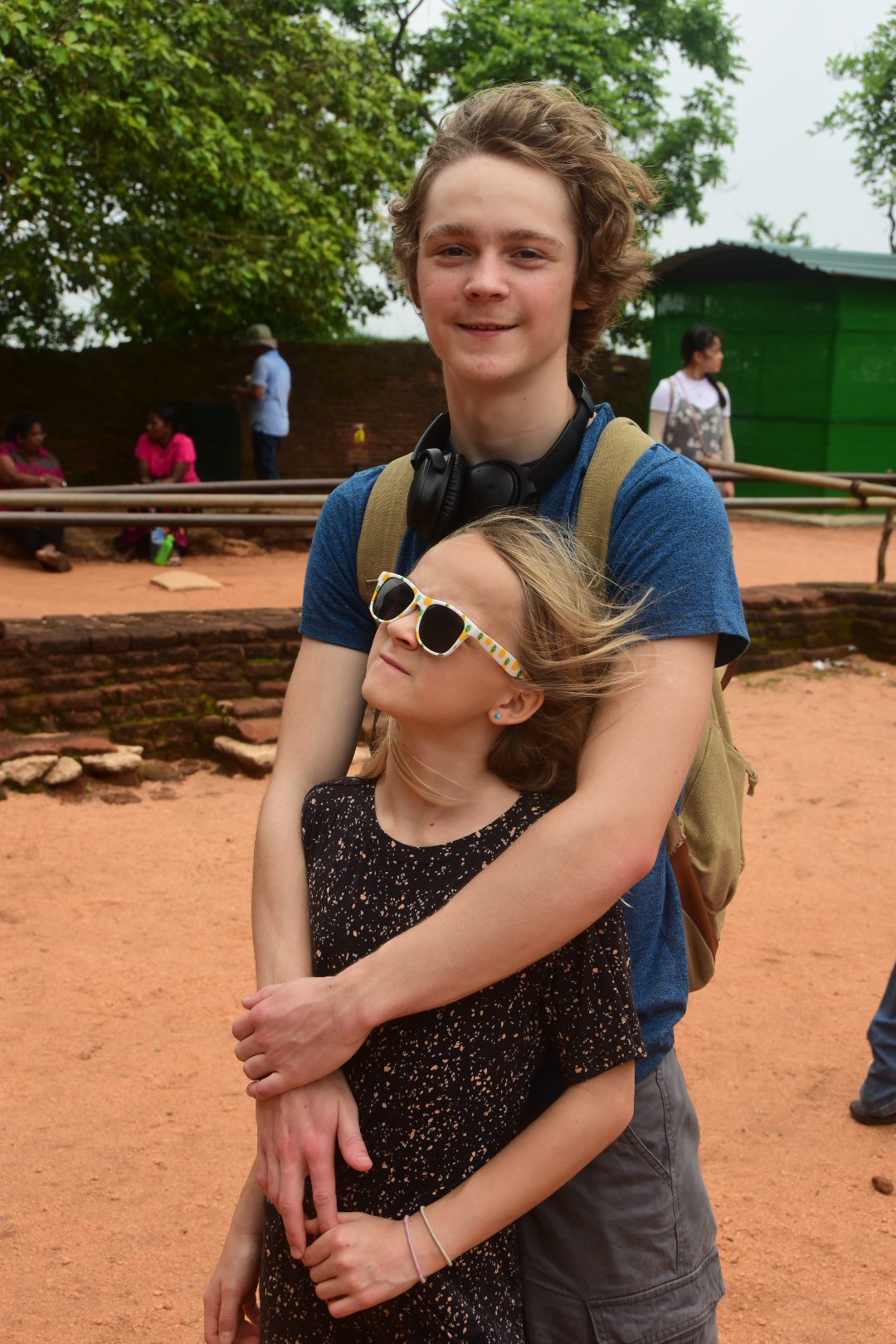 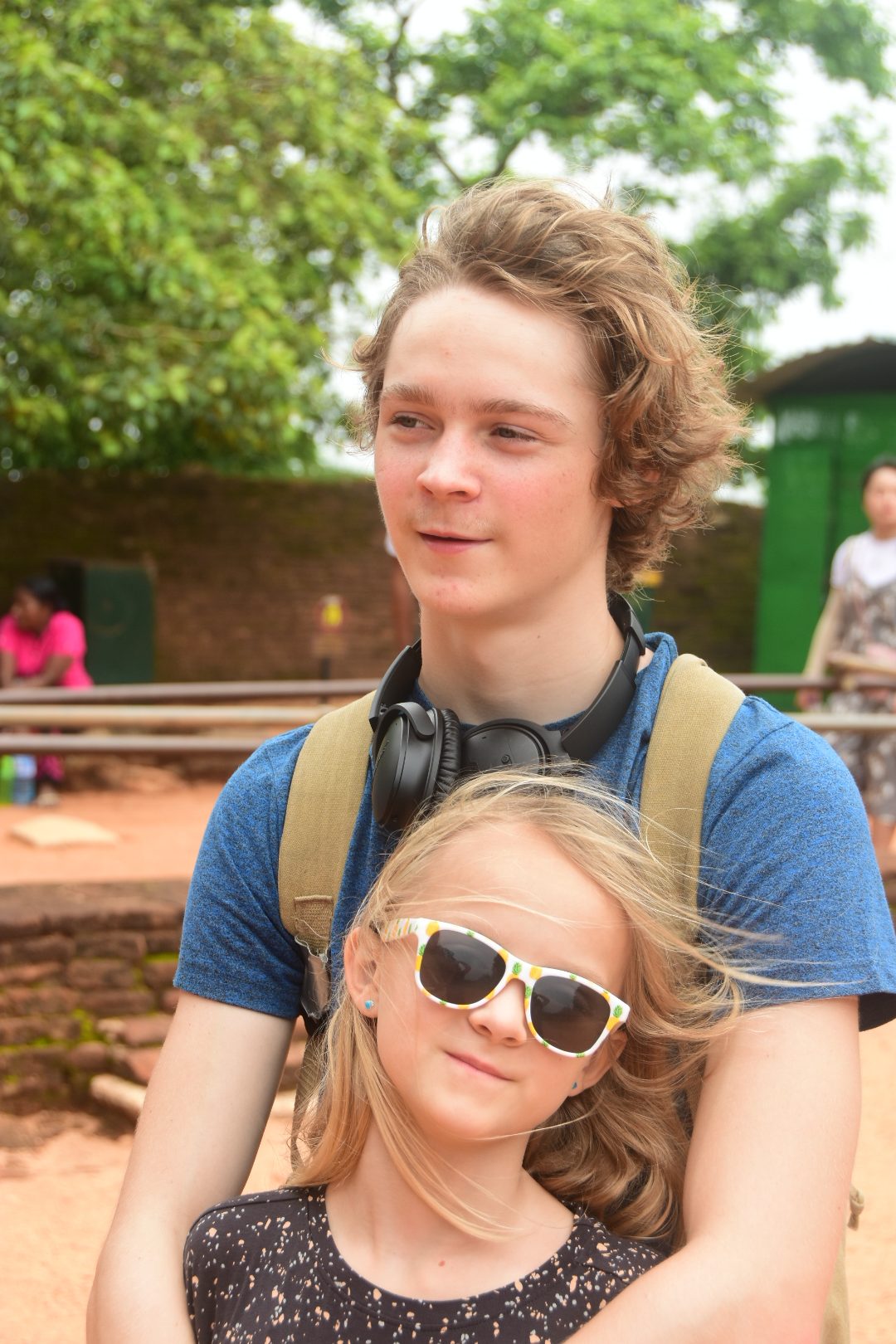 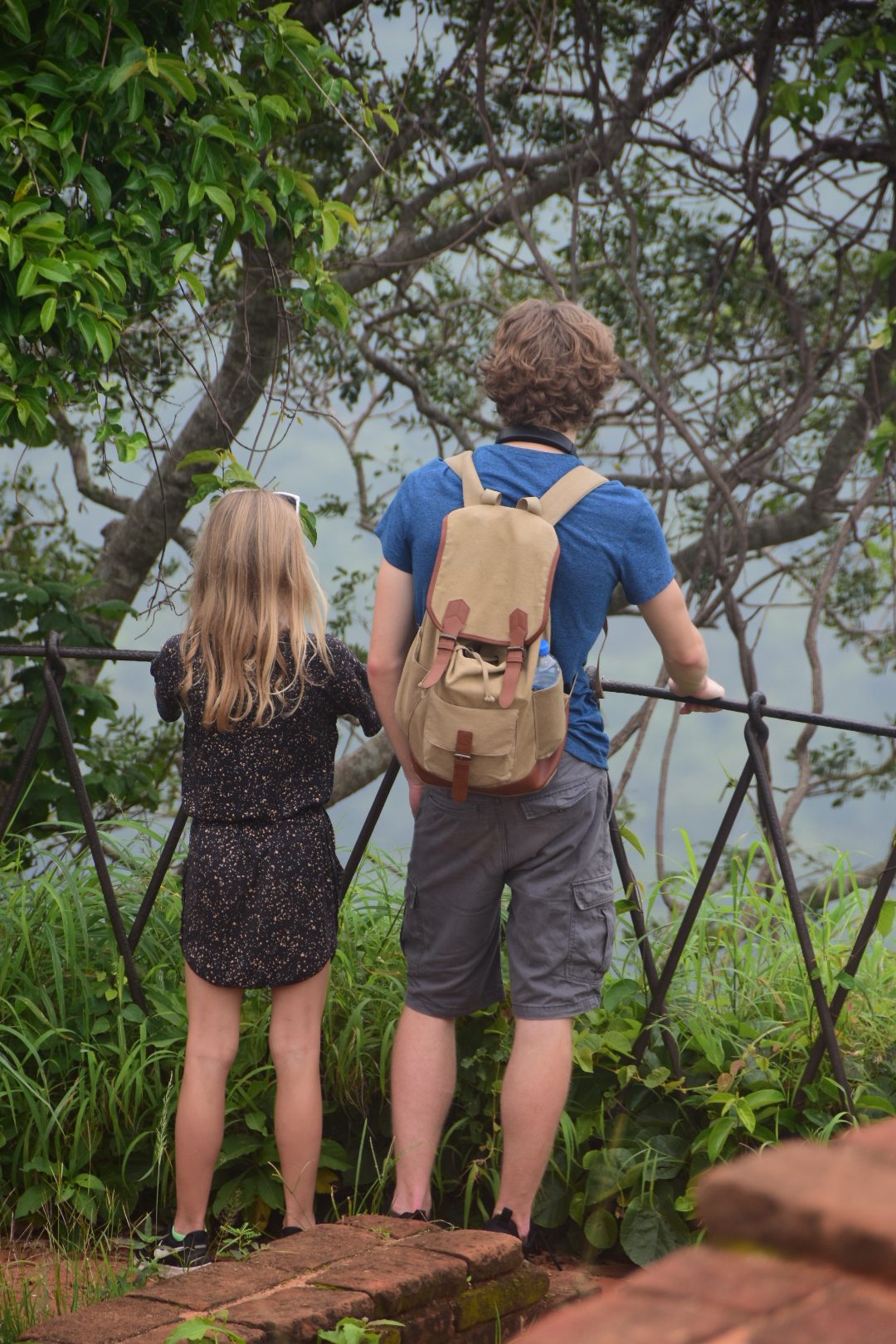 Starting down again. By now the place was teeming with people, and there was a queue both up and down. 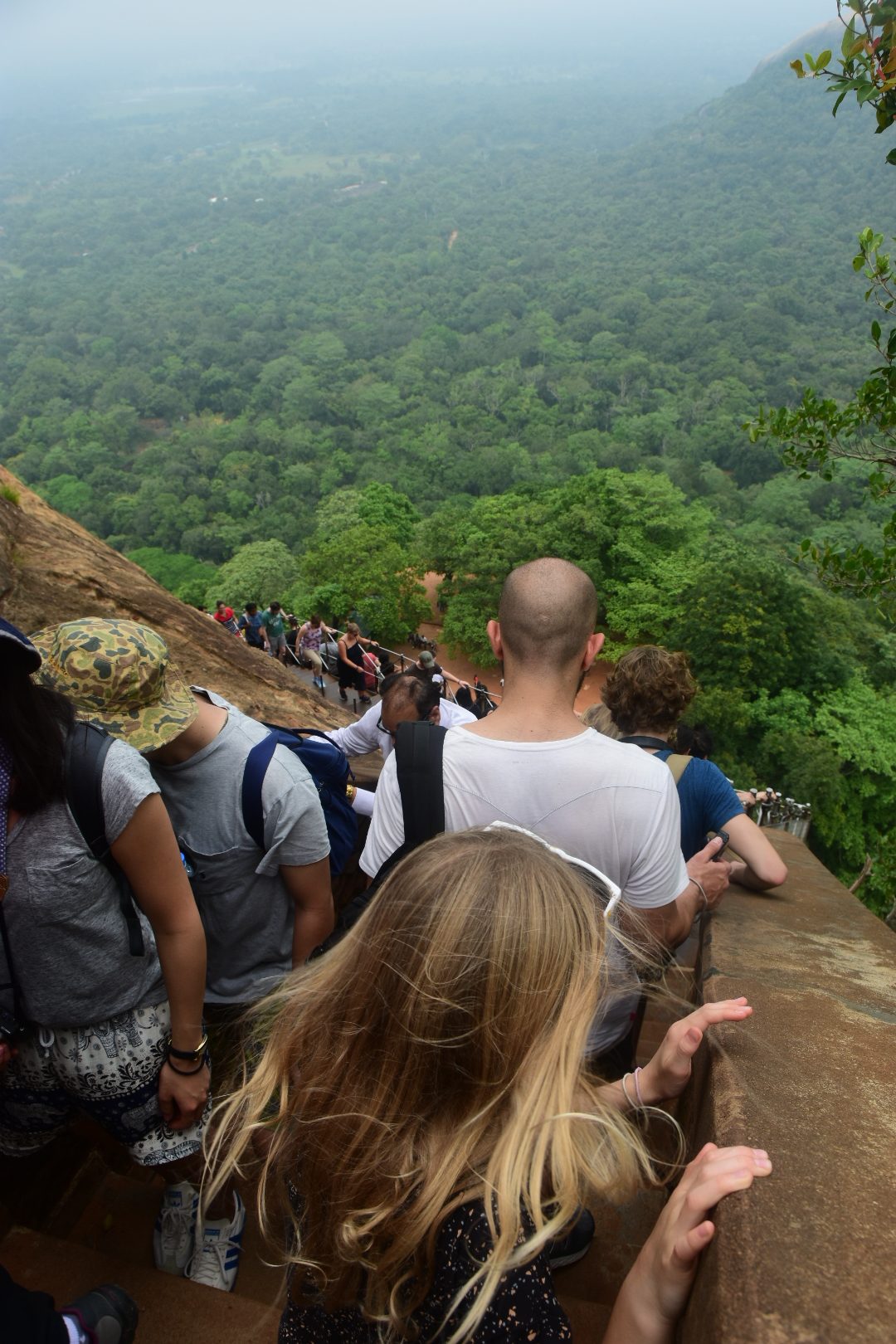 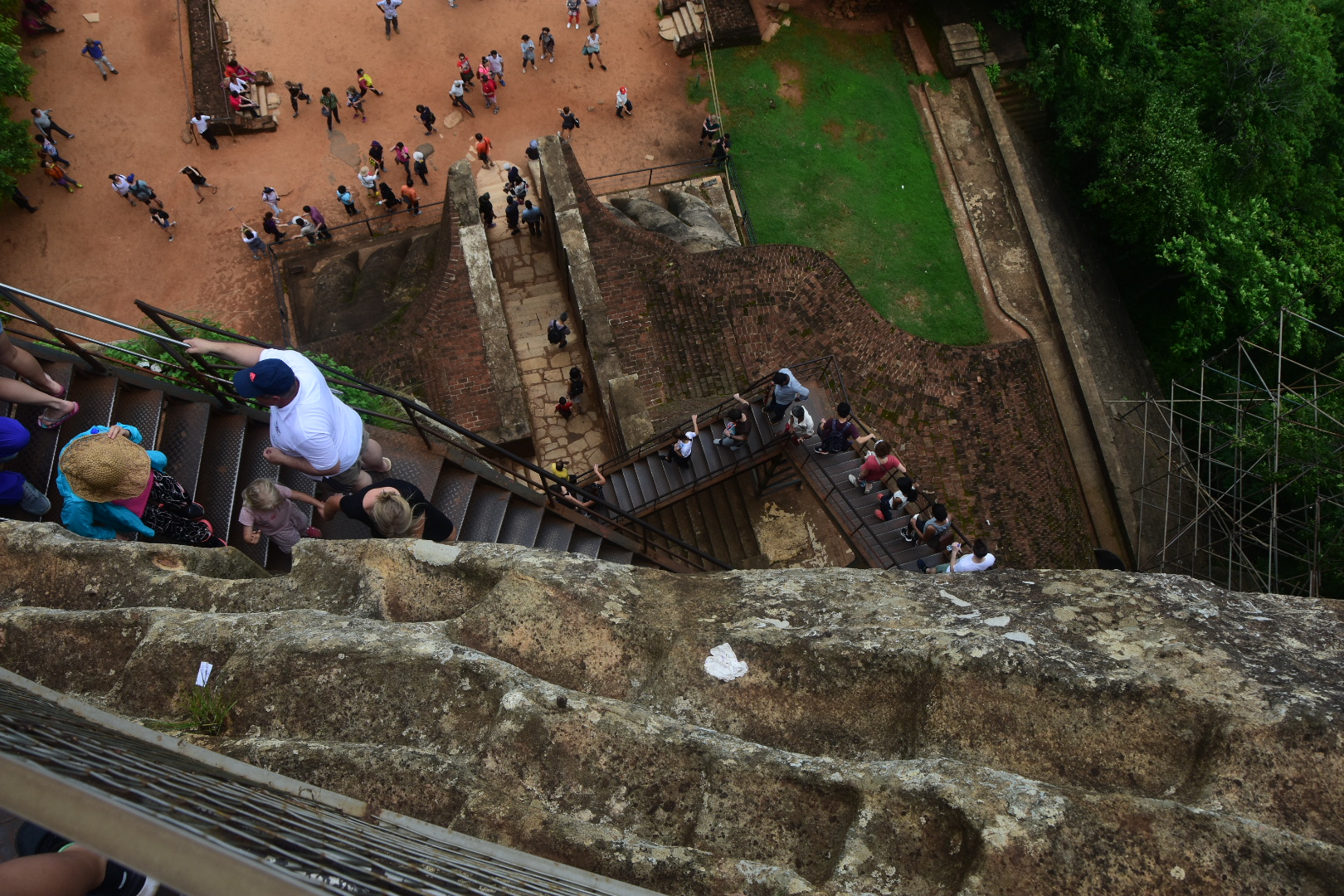 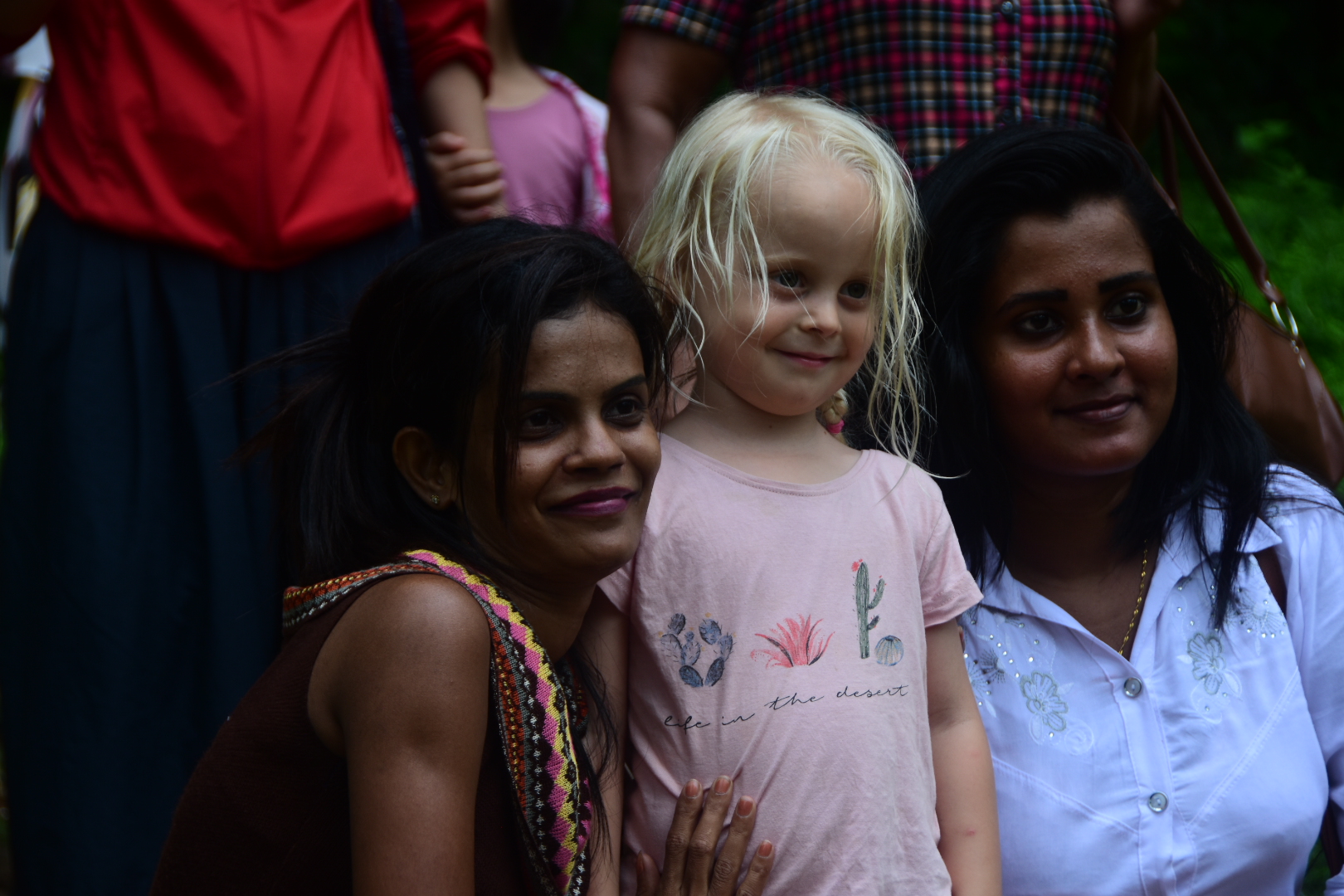 Made it to the bottom again… 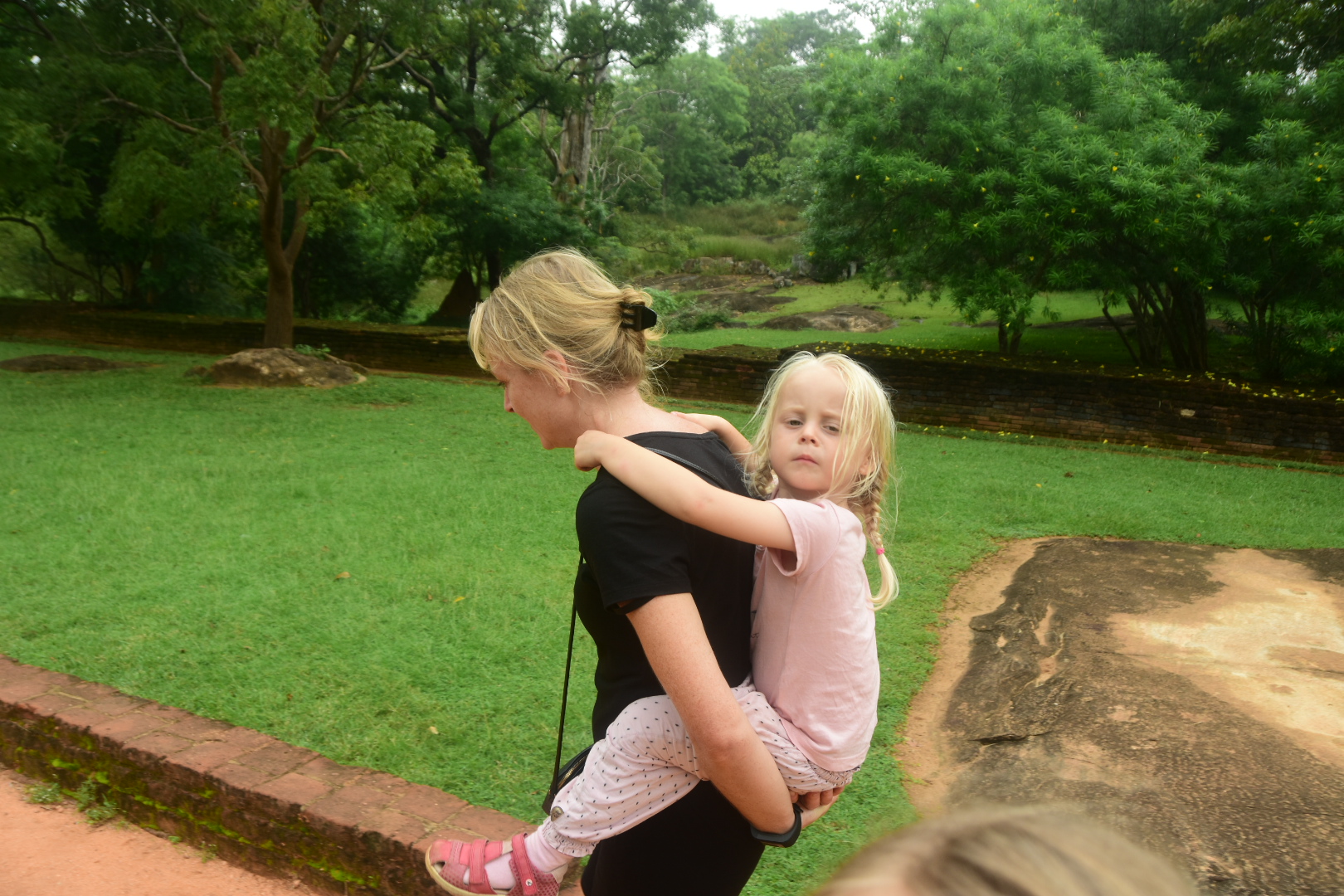 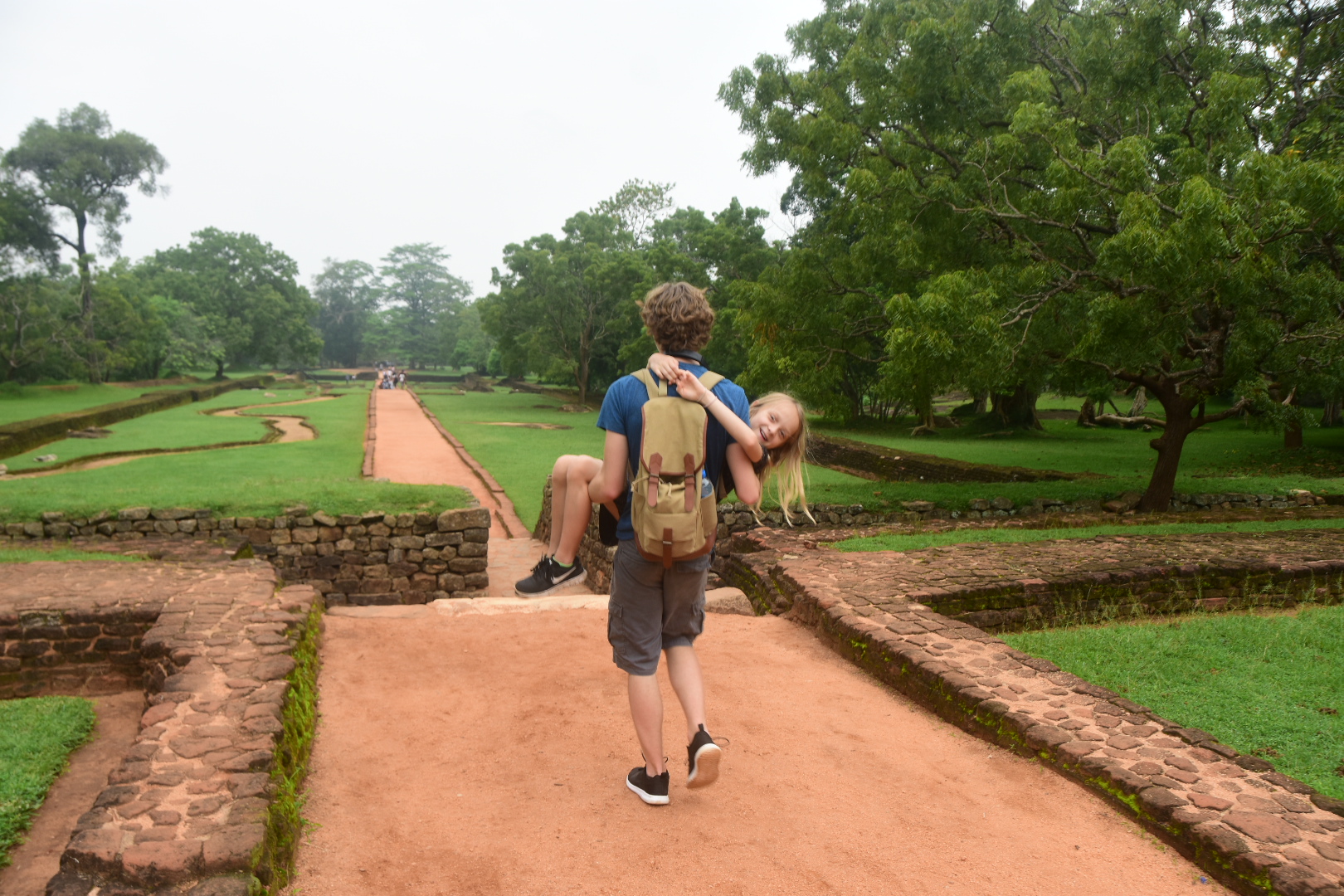 Then we went back to the taxi, on to lunch, and the exciting tour of the afternoon… stay tuned