On the 29th of November we packed all our stuff into a van for the very short trip to Kandy train station. Even though it was really only half a kilometer or so, we didn’t feel like rolling five heavy suitcases and a pushchair along the streets of Kandy down to the station. 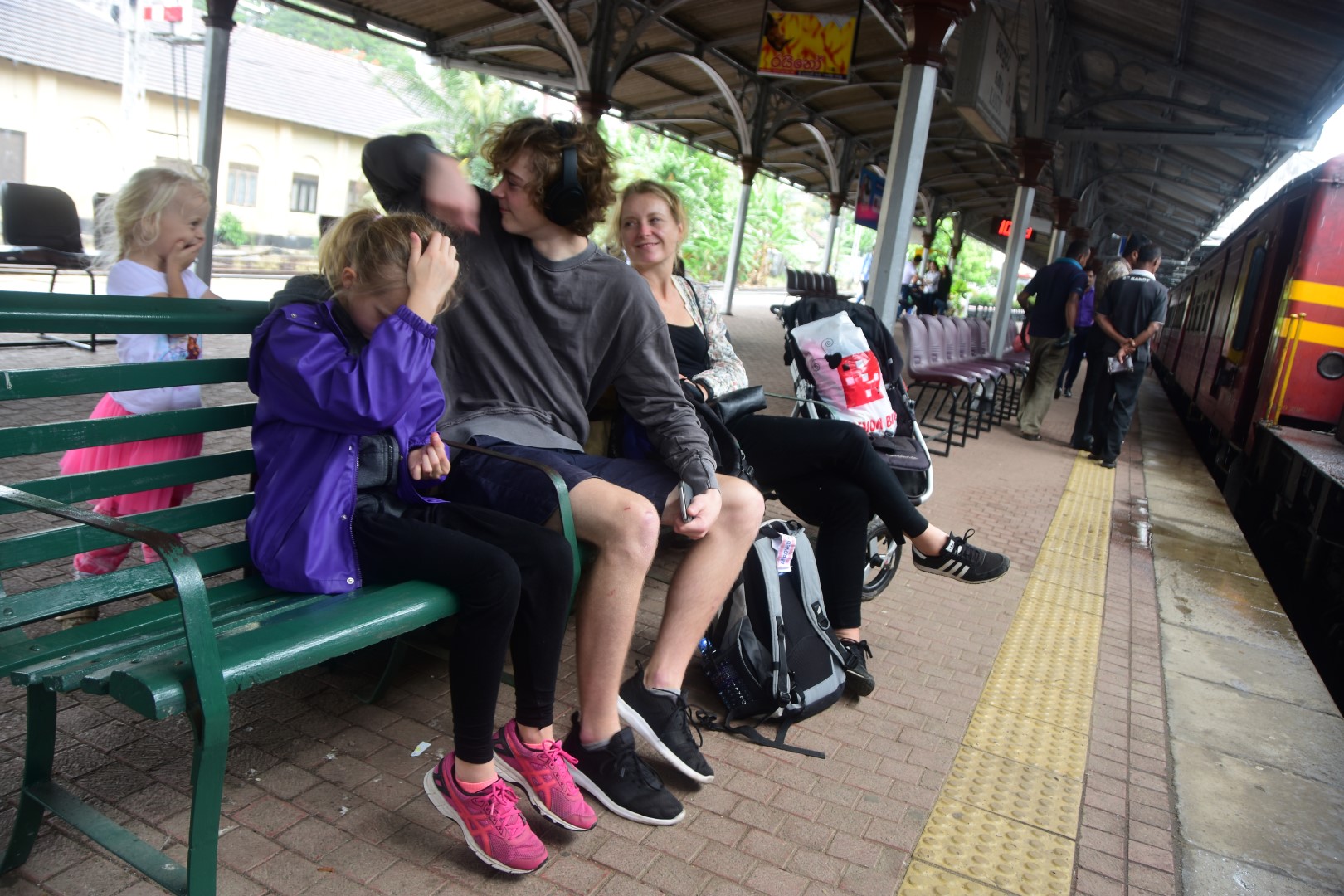 The train was about half an hour late, and when it did arrive, we all scrambled on board. We had 5 reserved seats in second class. And nearly enough space for all our luggage. 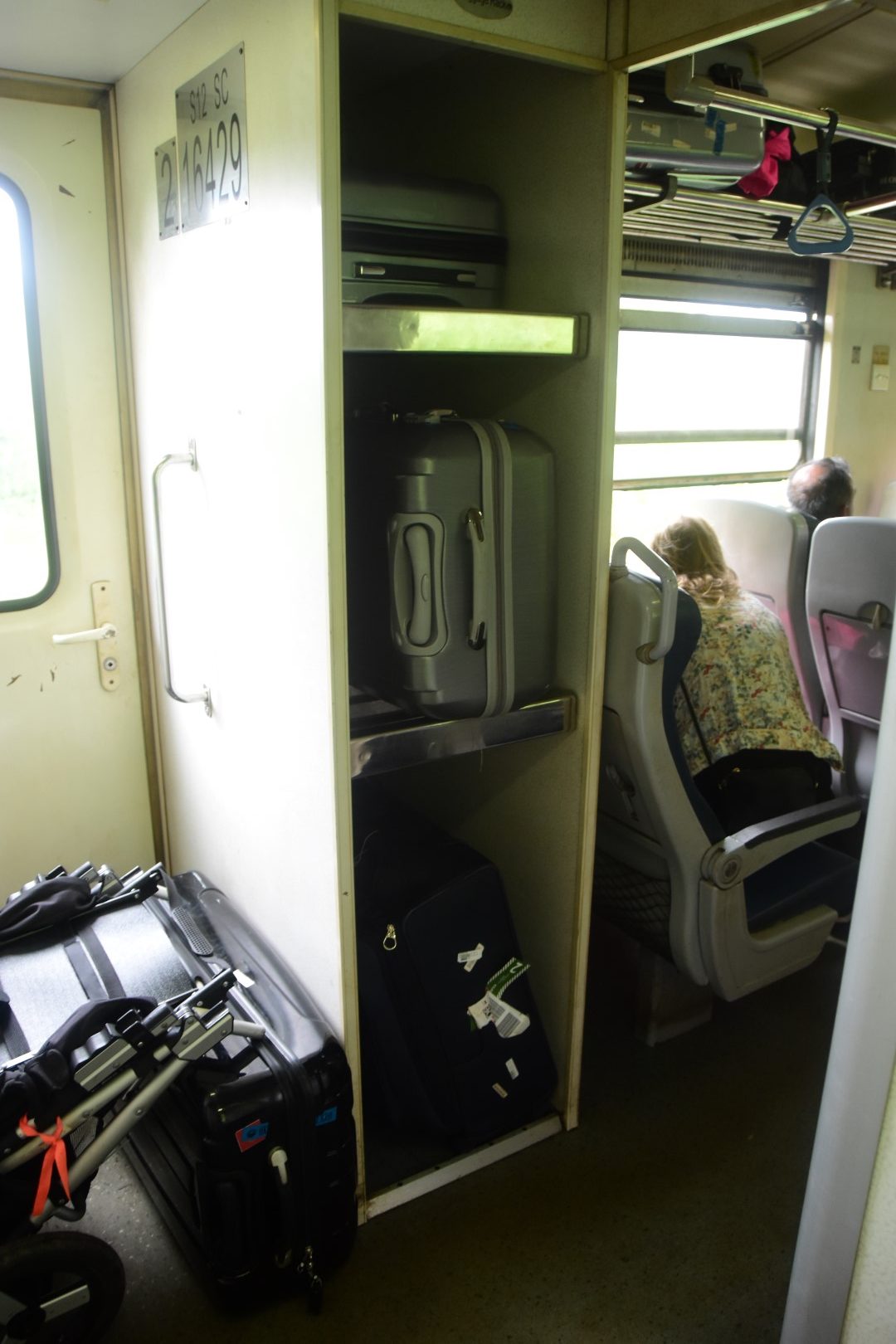 The journey started off very nicely, and soon we were out in the countryside, passing green and lovely valleys, waterways, forests and tea plantations. Even the slight rain and clouds only added a mystical quality to the scenery. 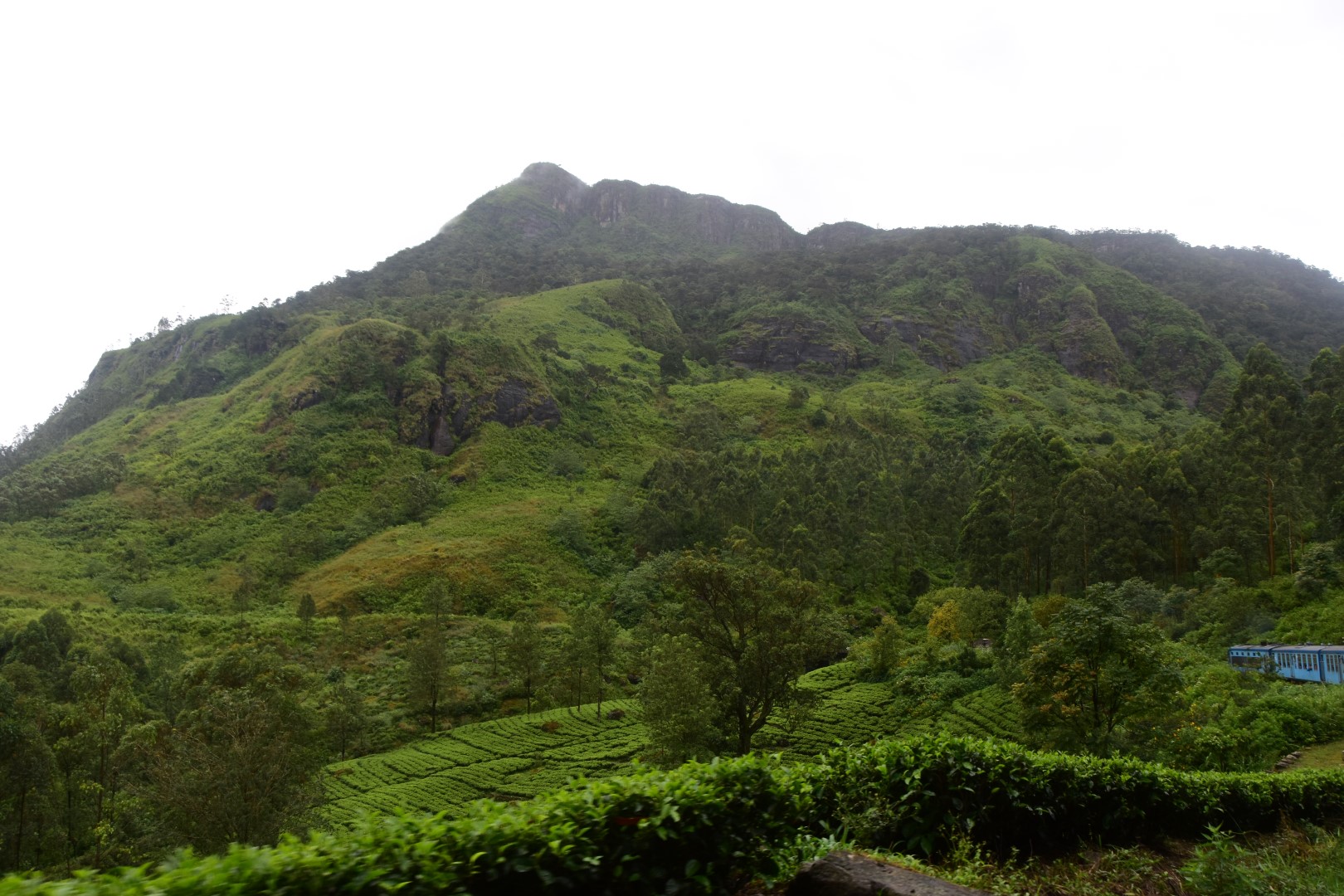 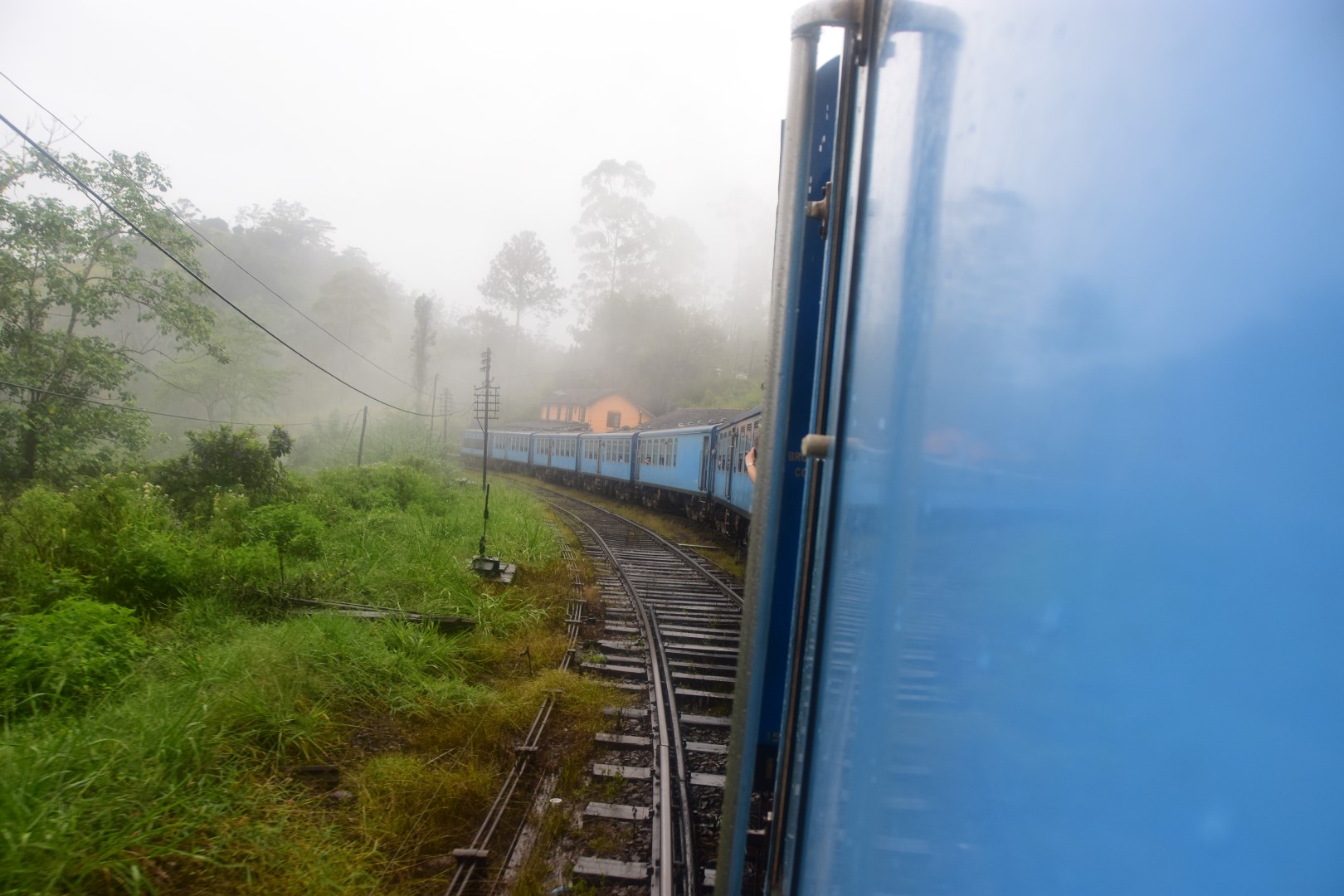 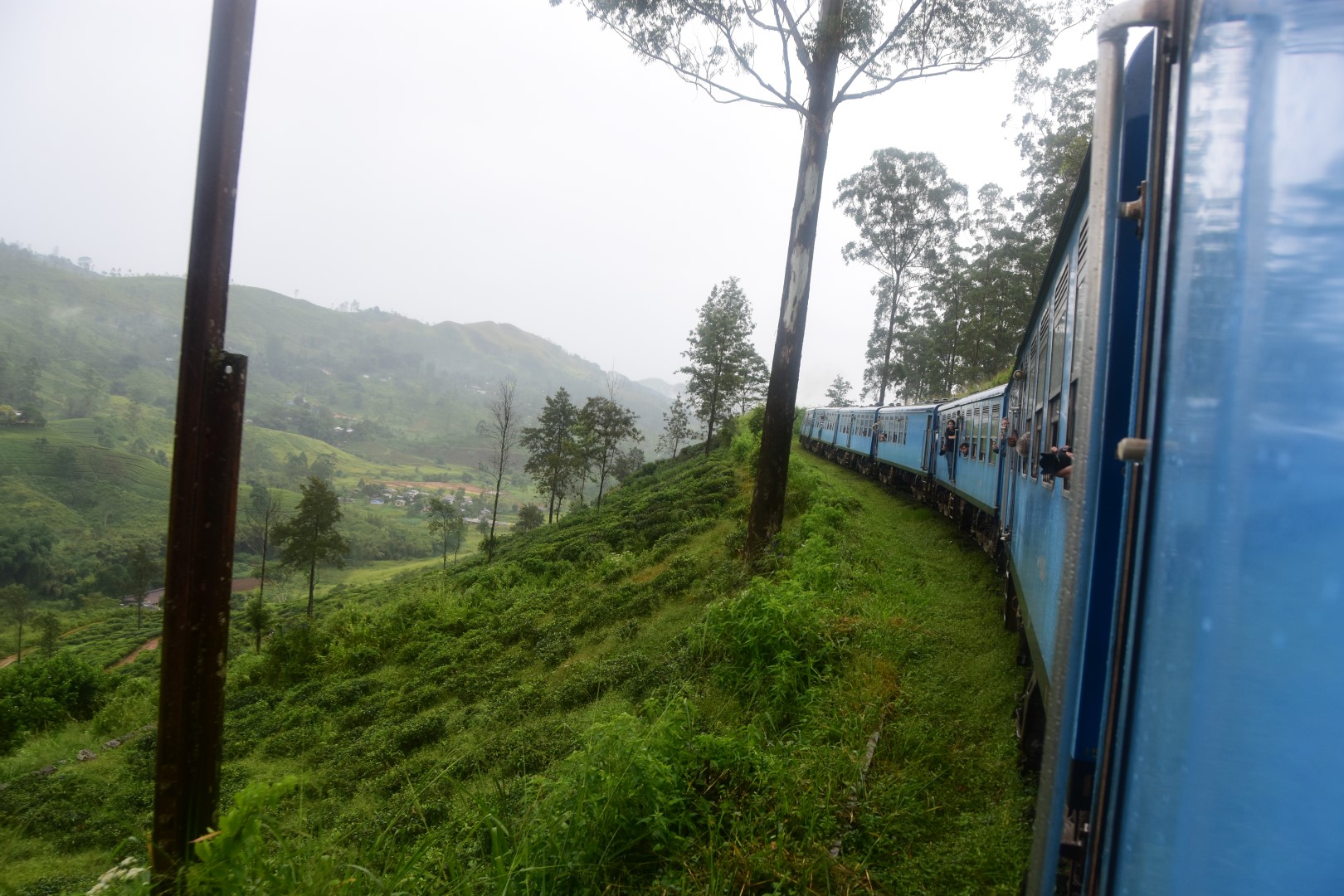 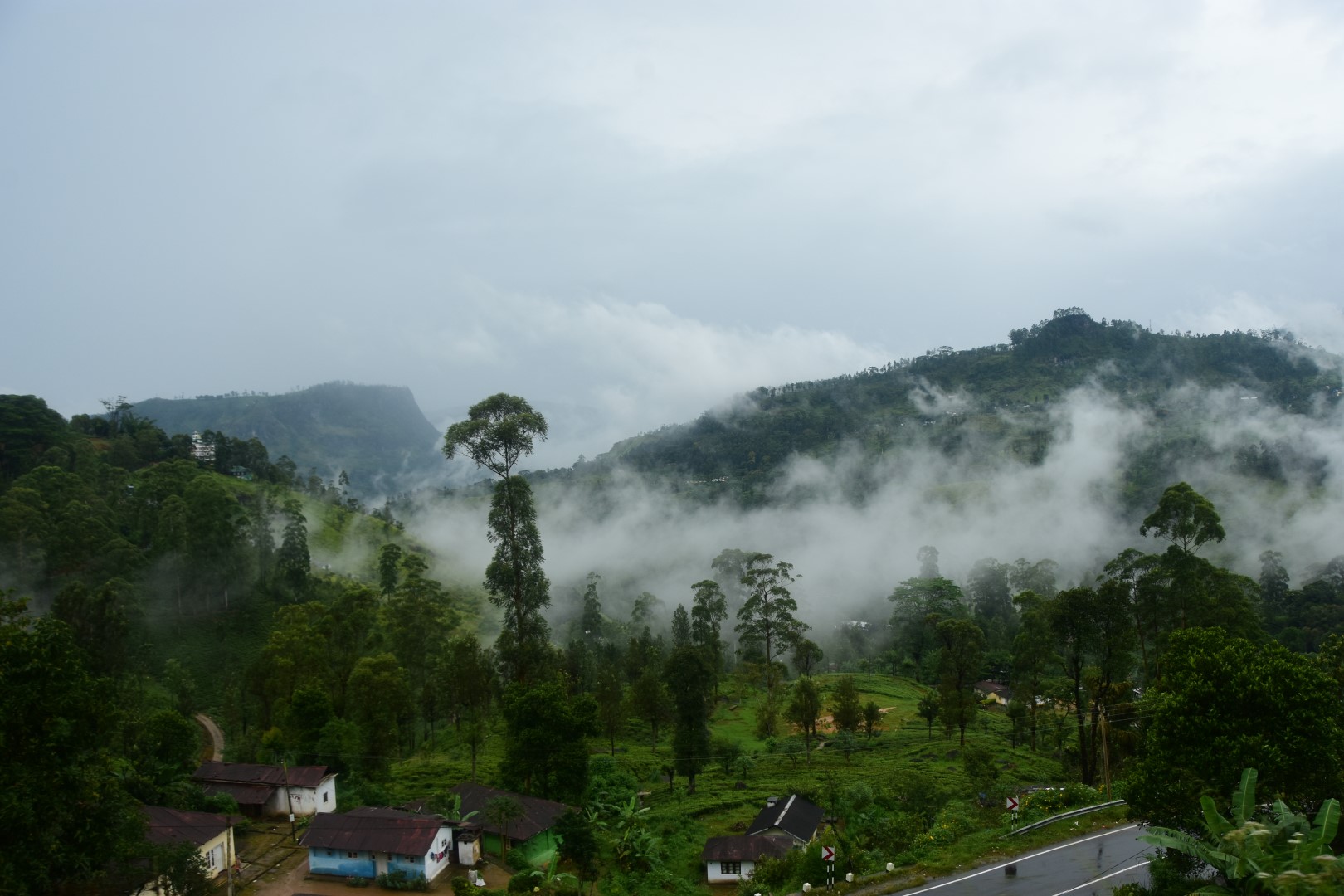 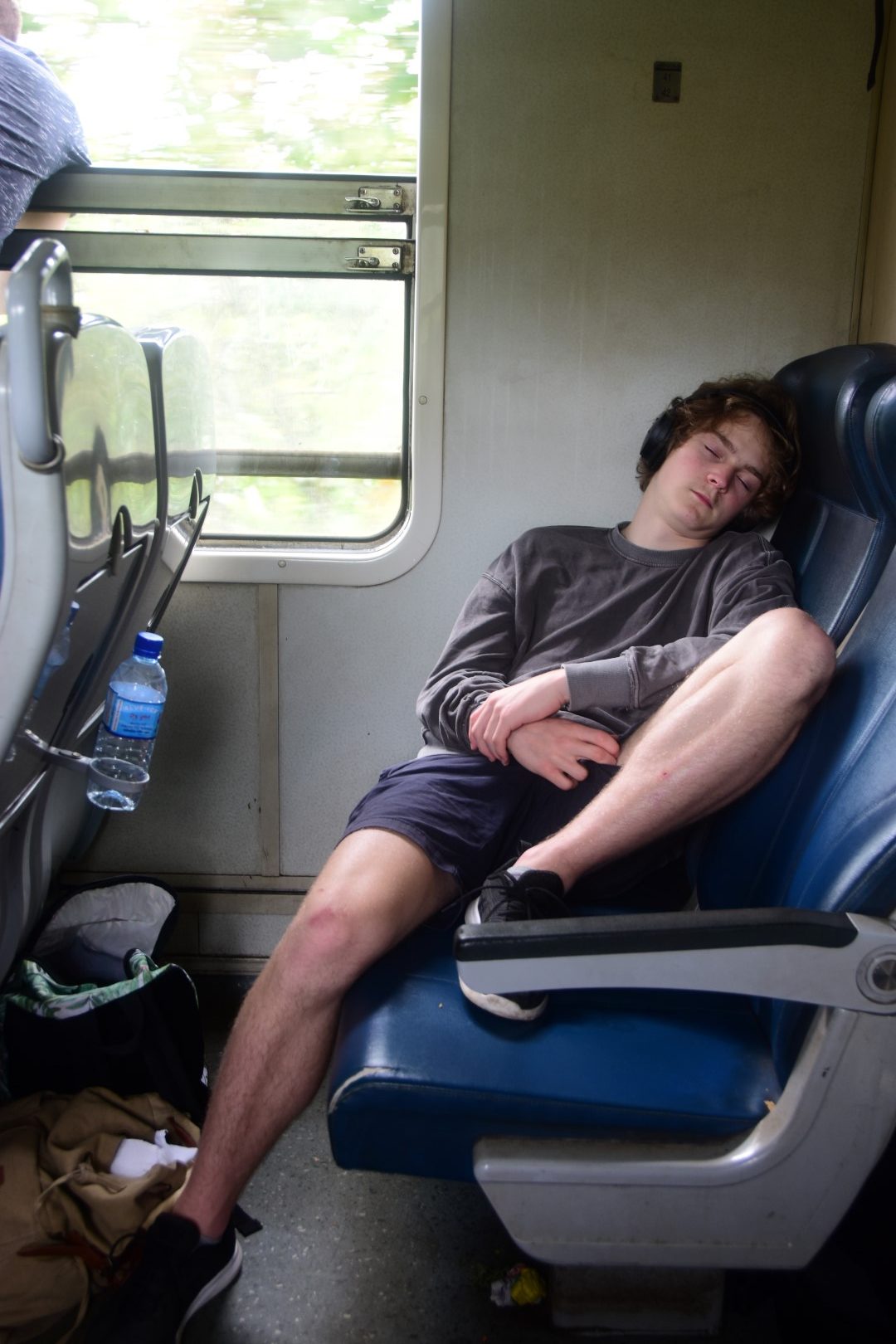 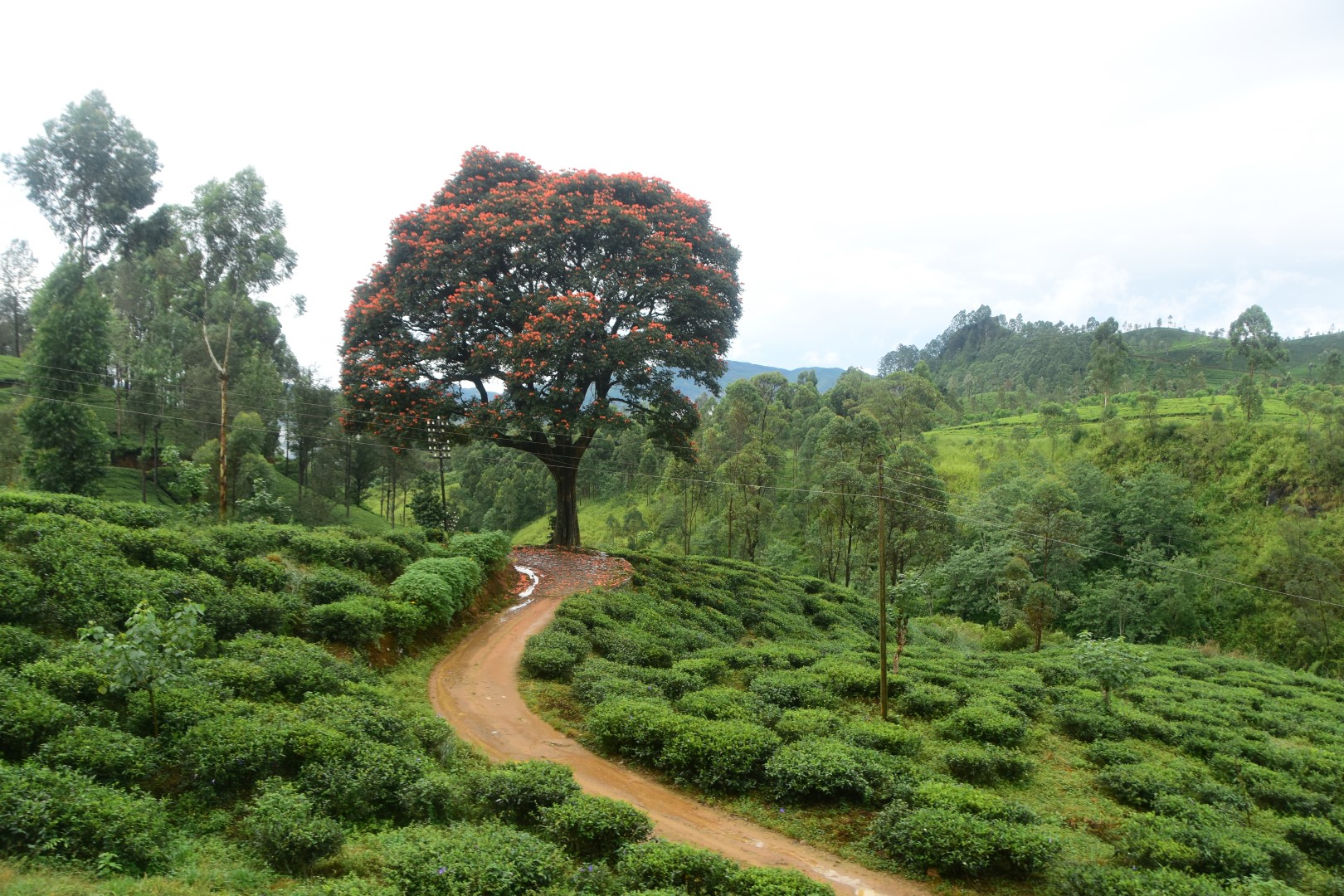 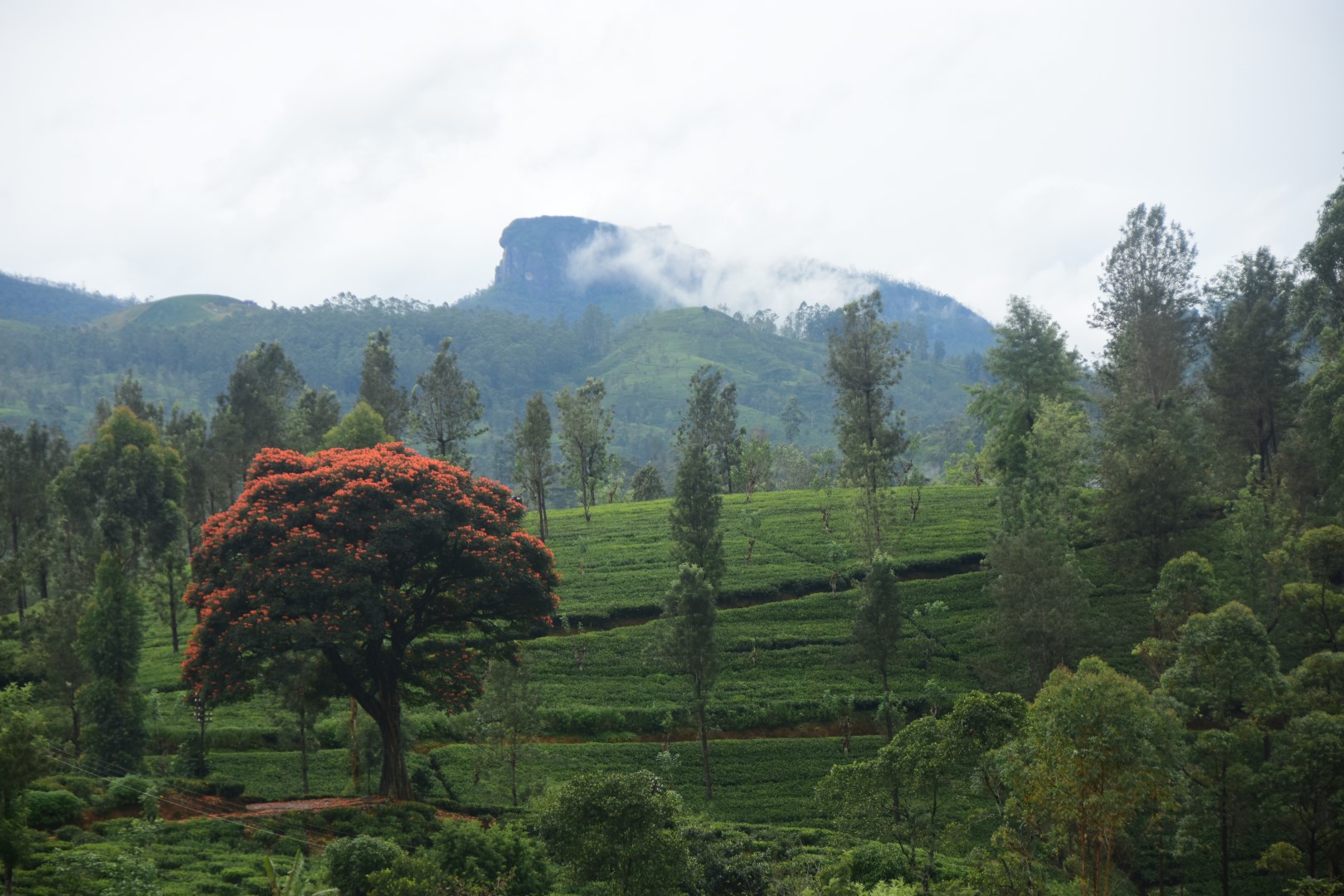 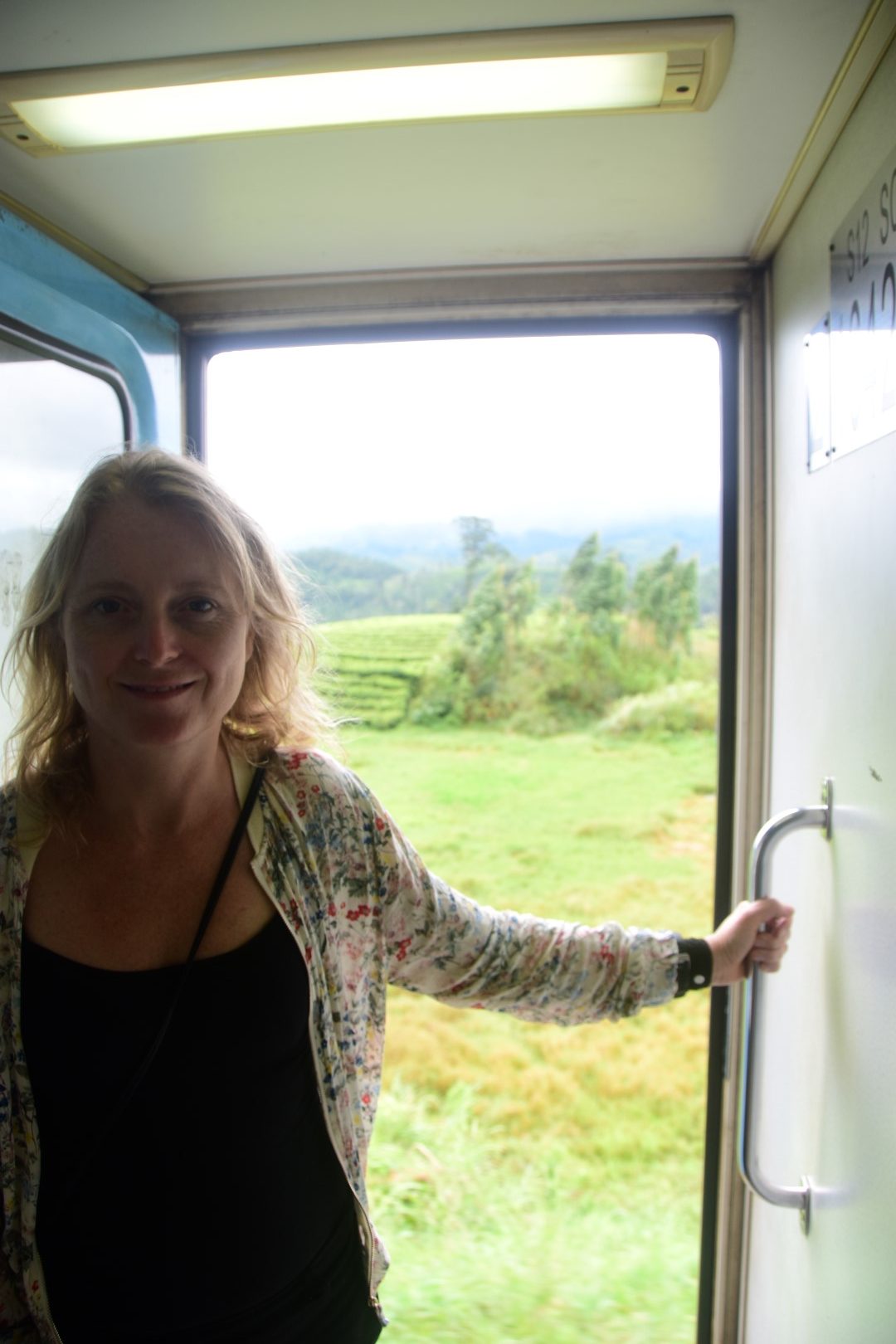 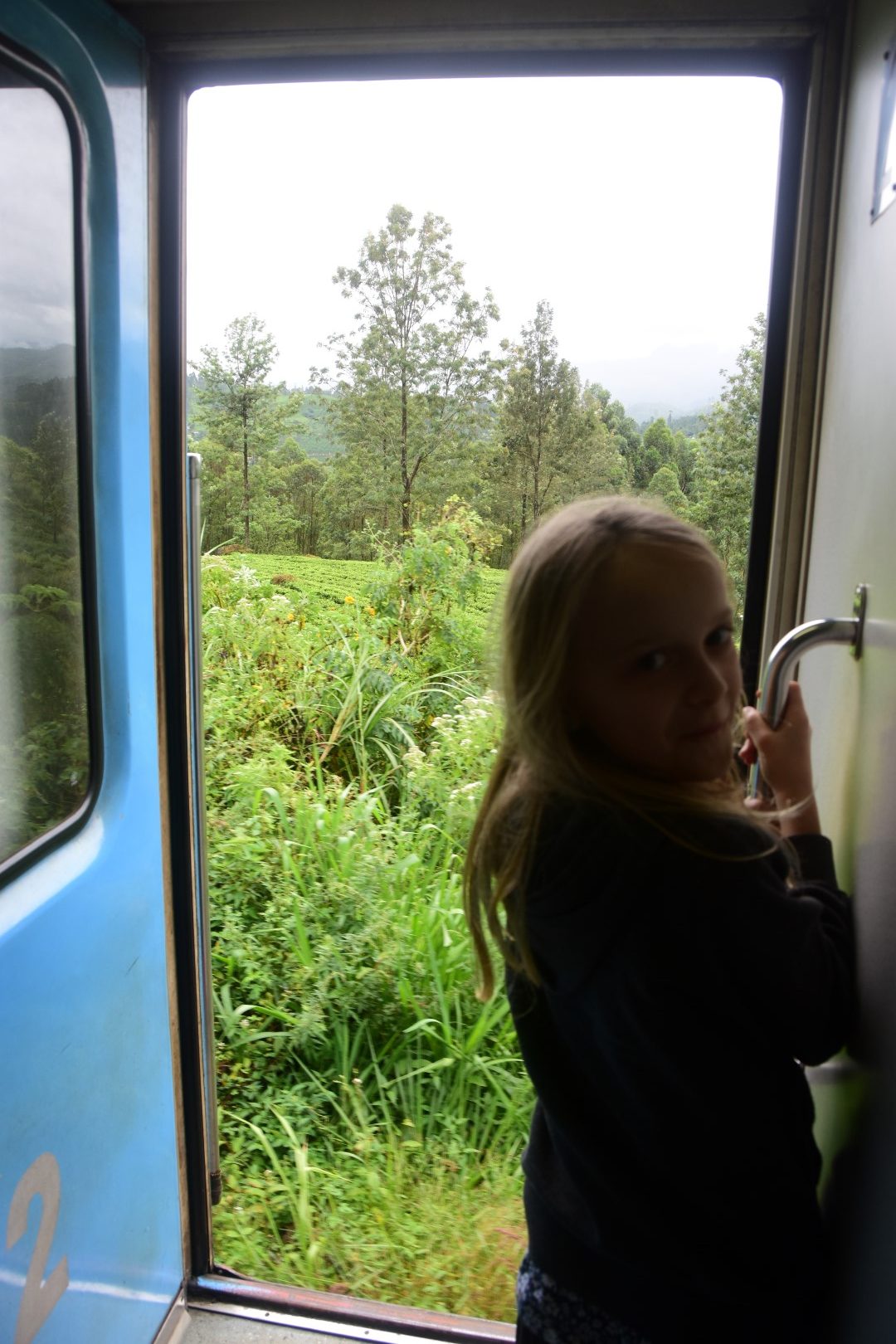 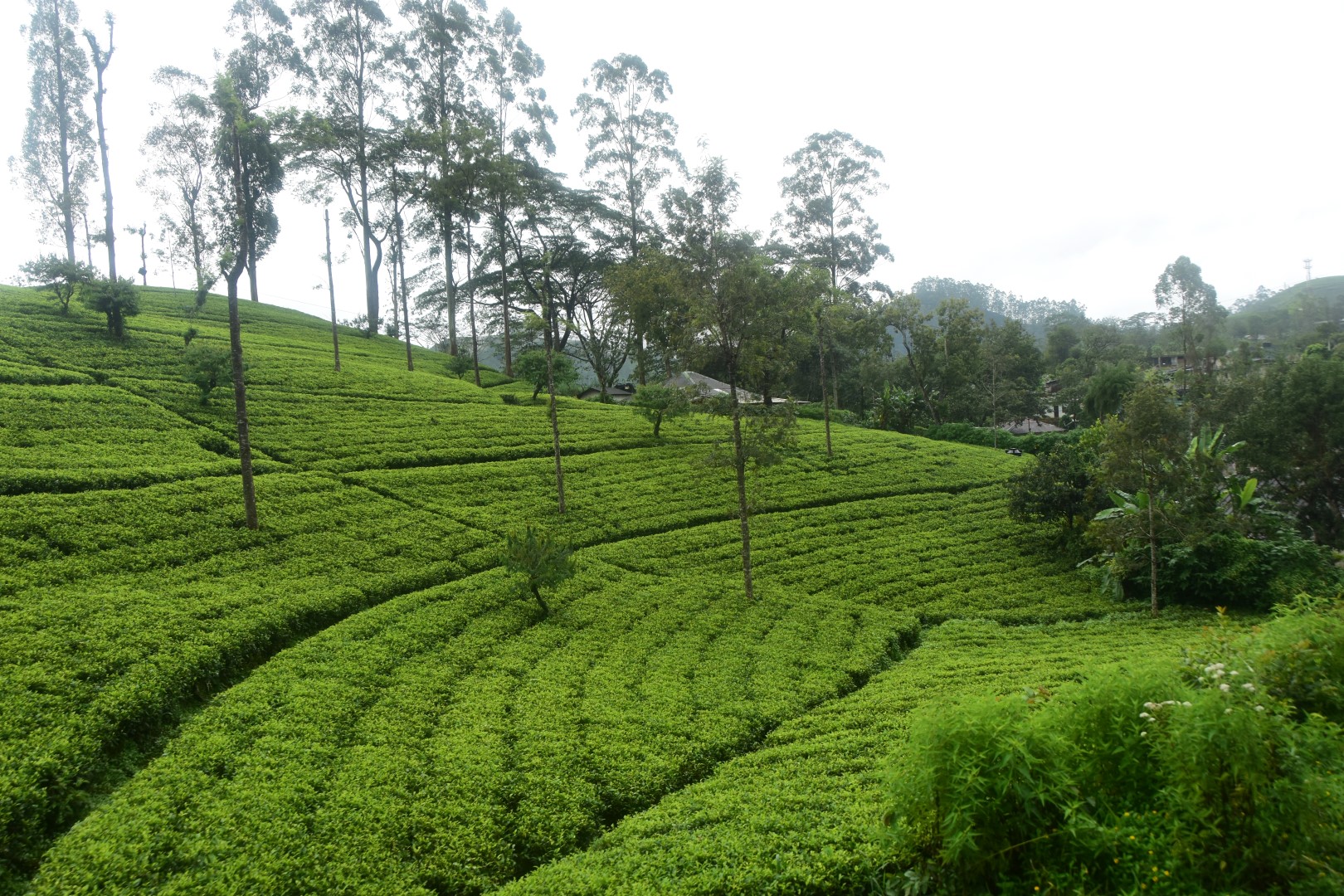 Unfortunately the rain increased, and had been falling in the area for several days. When we reached the station of Nanu Oya, we stopped and stayed stopped. Sri Lankan railways did not come with any info, so we waited. Other passengers heard there had been a landslide further along the line, which had been cleared, and we would be underway in 30 minutes. Others took the advice of their local drivers (who had transported them to the station) and left again to travel by road.

After 1.5 hours, with no official information whatsoever (thank you Sri Lankan railways) we accosted the local “station master” who admitted that the train would not be leaving again that day, and we should seek alternatives. He said there was a bus in about an hour, which could take us on a 3 hour journey to Ella. 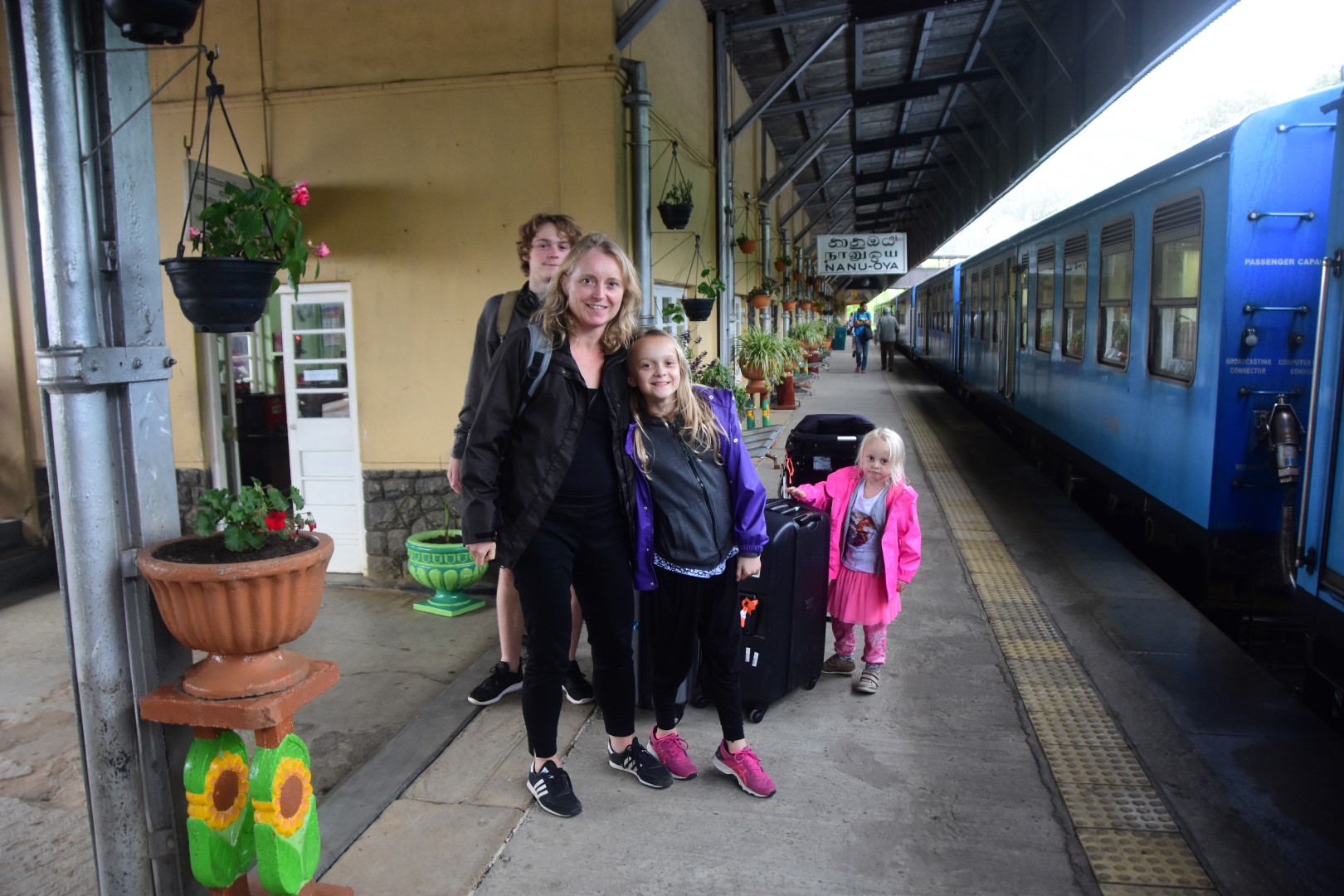 The station master couldn’t help with private transport, but luckily a local bystander had a van and driver who could deliver us to Ella. So we raced away with them. 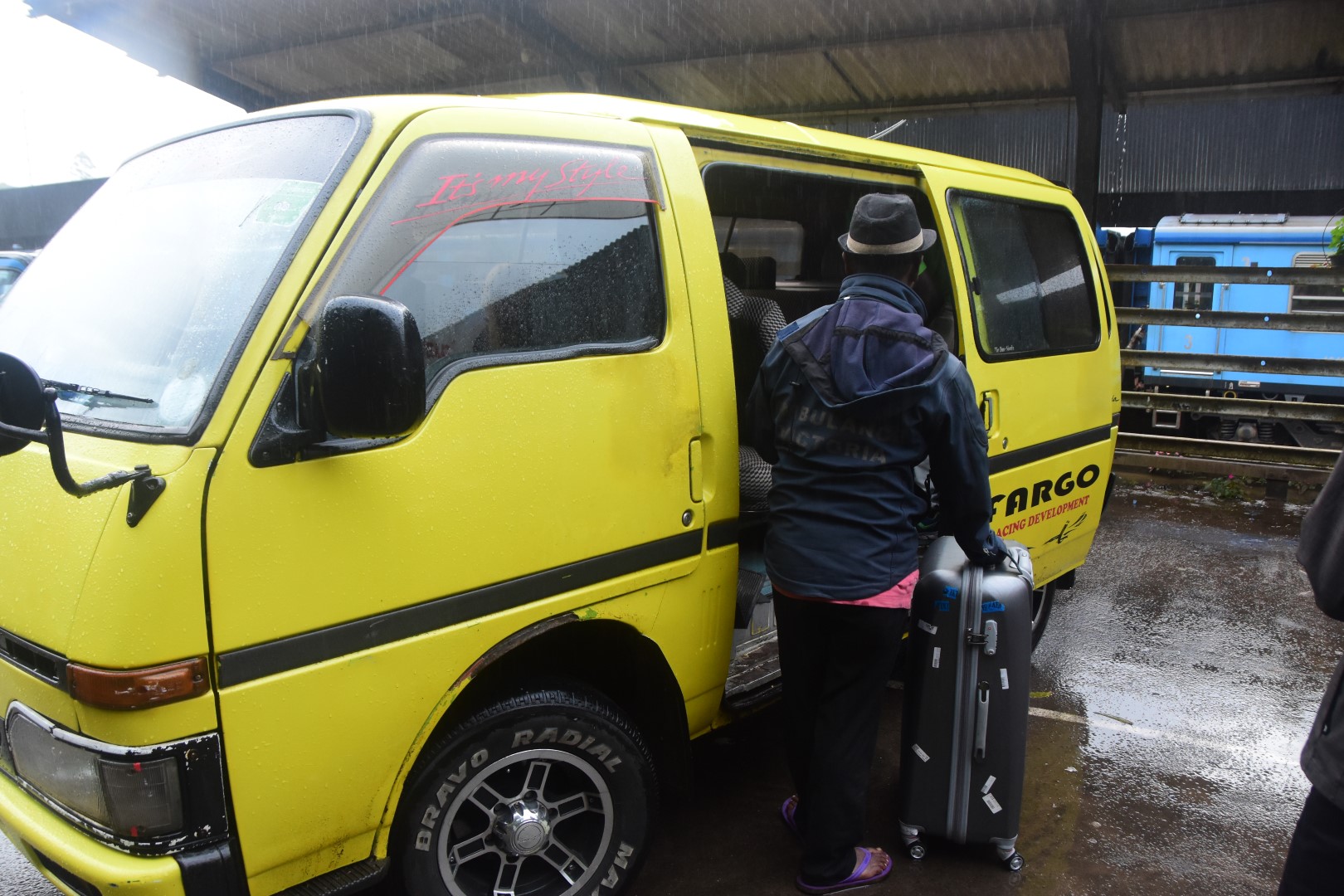 We did not make Ella however.

After a longish trip on a very windy road in the hilly hills, through the driving rain, we rounded a corner, and came to an abrupt stop behind a bus and a couple of other stationary cars. Our driver ran out to investigate in the dark and rain, and found a tree had slid down the slope and crashed over the road and power line.

It was absolutely not possible to continue on that route, and while our driver did say there was an alternative route (about 30 extra km) it was not 100 percent certain that similar problems wouldn’t occur there. So we took the decision to backtrack a couple of kilometres to the nearest hotel, and overnight there.

No electricity at the hotel (the lines had just been torn down), but they did manage to rustle up some “chicken fried rice”, and a room with beds for us all.

We slept there the night, and left for Ella the next morning.

One Reply to “Train to Ella (or nearly)”